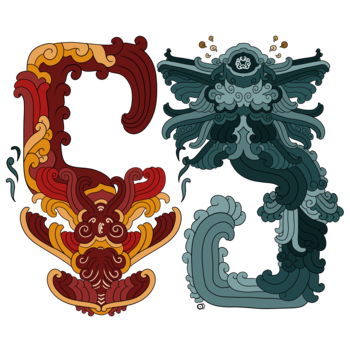 Both of these come from ancient cultures that were heavily interested in astronomy and math.

The 360 degree circle is similarly taken from ancient cultures. Babylon, which liked to use 60 as the base for everything (possibly also why we have 60 minutes in an hour), noticed that the sun slightly changed how it moved across the sky throughout the year. They observed that it took approximately 360 days for the sun to complete a full pattern, so they divided circles into 360 degree parts as well. Other cultures likely adopted the same system and that's how it lives on today.

The relationship: both are holdovers from ancient civilizations that no longer exist, and both came about from careful observation of the world around them, especially the sun and other heavenly bodies. You can blame astronomy for everything.

990 views around the world