The solution is basic.

Take a look at the balanced chemical equation given to you

Notice that the reaction produces hydroxide anions, , so right from the start you can say that the resulting solution will be basic, i.e. its pH will be .

So, the reaction produces hydroxide anions, which in turn decrease the concentration of hydronium cations and increase the pH of the solution.

Ammonia is considered a weak base because it does not ionize completely to produce hydroxide anions, i.e. the majority of the ammonia molecules dissolved in aqueous solution will not ionize. 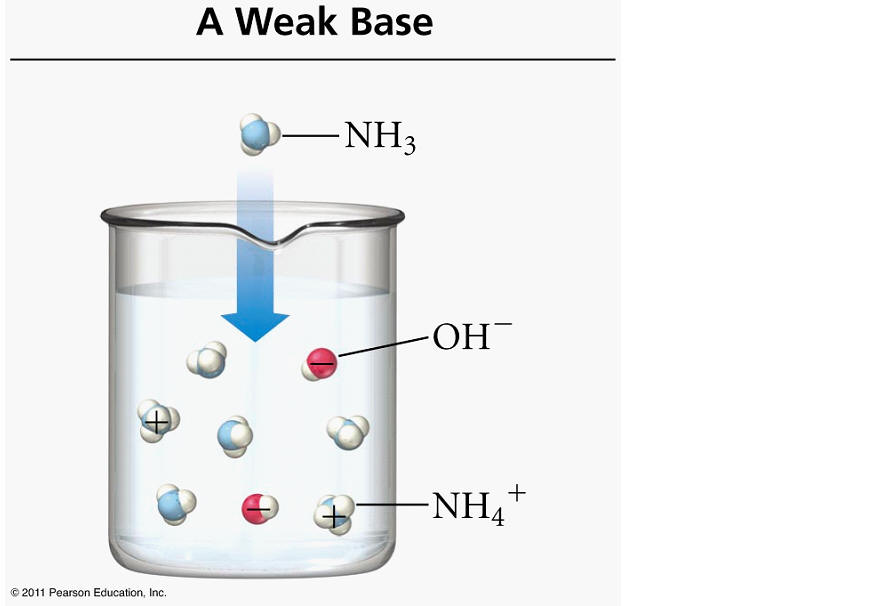 See all questions in pH

1076 views around the world