You use fractional distillation for separating homogeneous mixtures of liquids.

Ideally, the difference in boiling points of the components should be more than 25 °C.

However, if you have an efficient fractionating column and work slowly, you can get good separation of liquids with closer boiling points. 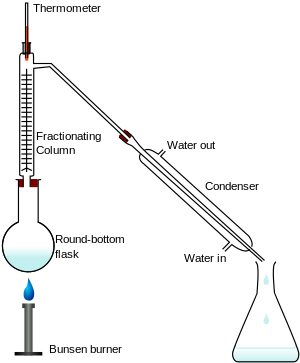 Fractional distillation involves the use of a fractionating column that is packed with glass beads, steel mesh, or other substances to provide a greater surface area on which the rising vapours can condense.

610 views around the world