WARNING! Long Answer => b/c too many students are defining the Cathode and Anode in terms of charge, which is INCORRECT.

To be clear, Electrochemistry is divided into two separate topics depending on the spontaneity of then redox process. One, is Electrolysis and is not a spontaneous process and requires the input of energy to drive the electrochemical process. The other process is the Galvanic process which is a spontaneous and generates electrical energy from chemical process.

In the Electrolysis Cell, electrodes are connected to a power/energy source (battery) because the chemistry is a non-spontaneous process. Each terminal assumes the charge of the terminal to which they are connected. The terminal that is positive attracts anions
(- charged particles) which deposit electrons (i.e, anions lose electrons) into that electrode by an oxidation rxn (=> Anode).

The electrode connected to the negative terminal attracts positive ions that undergo reduction rxn (=> Cathode) by drawing electrons out of that electrode. =>. 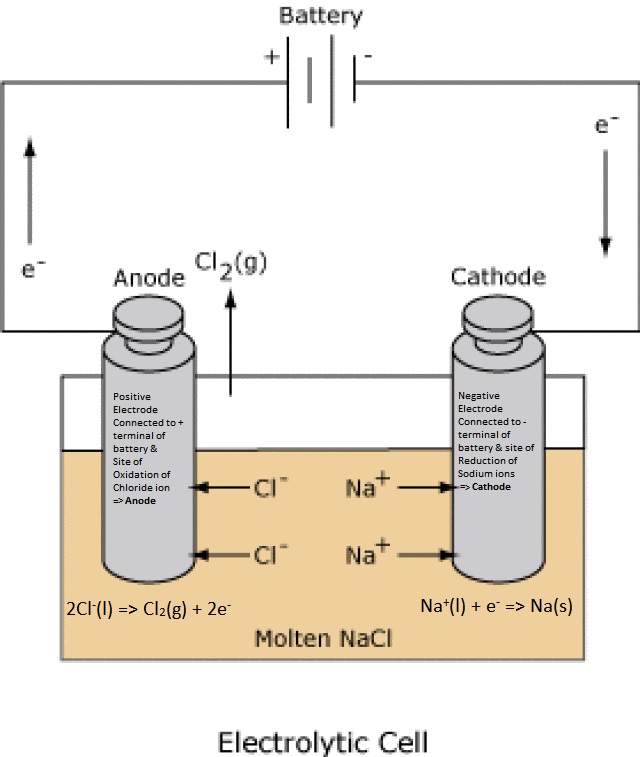 If the oxidation rxn process is separated from the reduction process a sustained charge flow occurs. This is generally referred to as a 'Controlled Galvanic Process' and is the technical foundation for the chemical battery.

In this cell, the substance undergoing the oxidation reaction (=> Anode) delivers cations into an electrolytic solution leaving behind an excess of electrons and induces a negative charge on that electrode.

The substance undergoing the reduction reaction (=> Cathode) undergoes a gain of electrons leaving that electrode deficient in electrons and induces a positive charge. To compare the charges of the electrolytic cell to the galvanic cell finds them to be opposite for the Cathode and Anode. 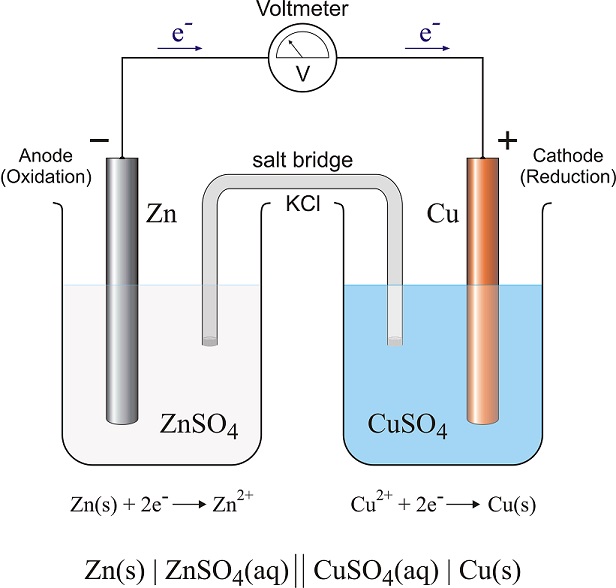 3126 views around the world