How can you tell which atoms are in the same plane of cumulene? Why is allene preferentially twisted instead of planar?

Well, you kinda just have to know when it comes to these two types of compounds...

Cumulene is an entirely planar molecular class, but allene is more stable as a twisted conformer. As a note, a cumulene can have three OR MORE consecutive double bonds. 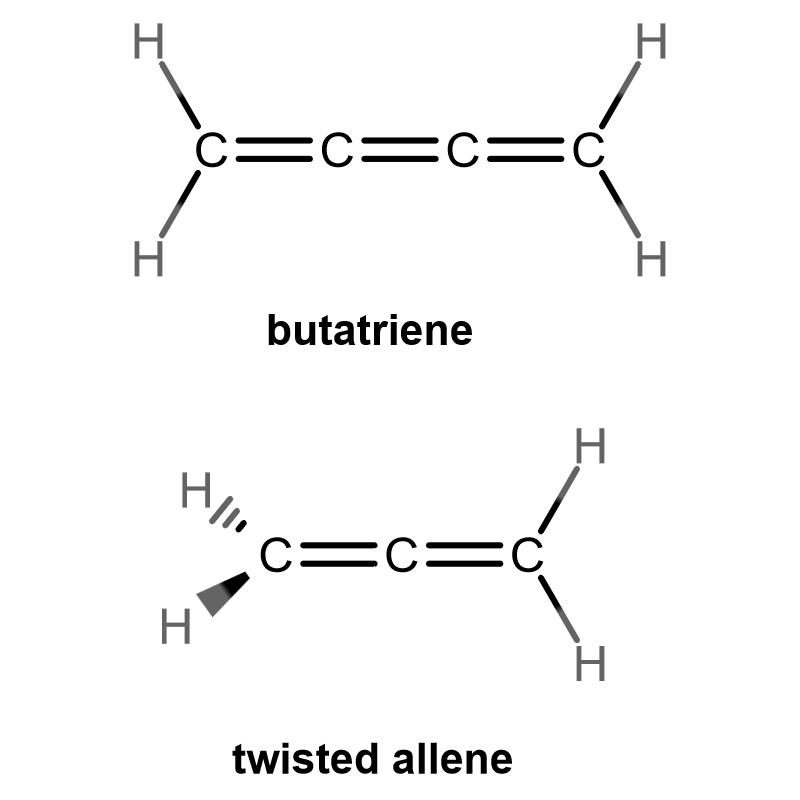 Here, butatriene has all atoms in the same plane, and in principle, a cumulene is entirely planar. Allene has all planar atoms EXCEPT the left-hand hydrogens.

Even though the entire carbon chain consists of double bonds on both molecules, half of allene is rotated, and the left-hand hydrogen atoms are perpendicular to the plane of the screen. 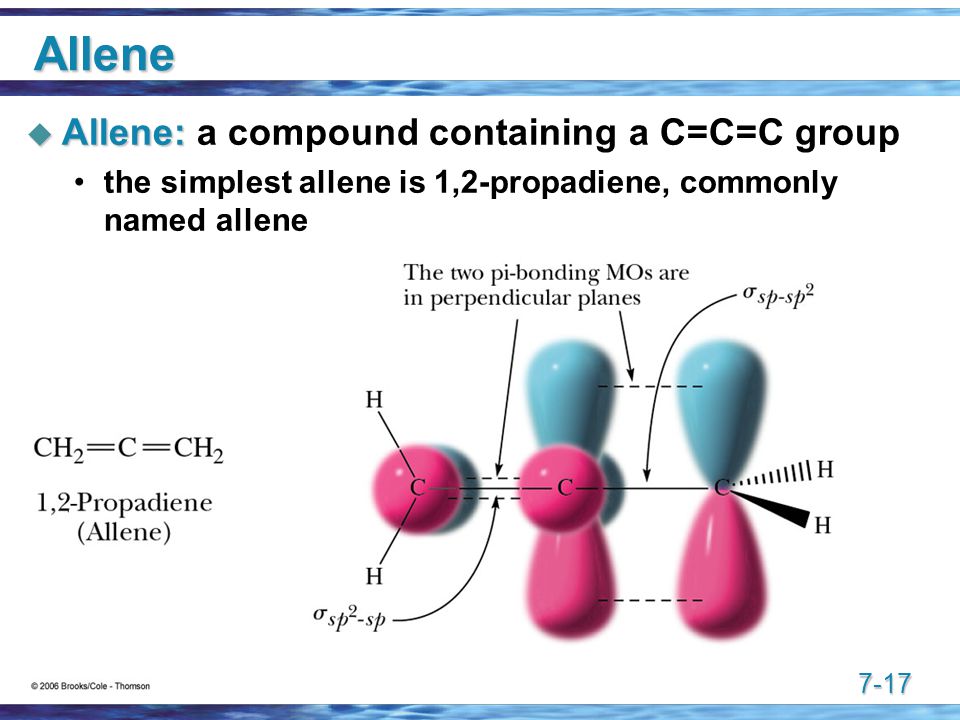 I would think that allene is twisted so that the same atomic orbital is not used in two adjacent bonds, given that two orthogonal atomic orbitals (, ) are both available, and in such a small system the repulsions could be too unfavorable.

See all questions in Introduction to Carbon Chemistry

5158 views around the world