Can a mixture be separated by dissolved air flotation?

The water going into the flotation tank may be dosed with a coagulant such aluminum sulfate. This causes the suspended matter to flocculate.

Air is dissolved in the water under pressure. The air is then released at atmospheric pressure into a flotation tank.

The released air forms tiny bubbles that adhere to the suspended matter. 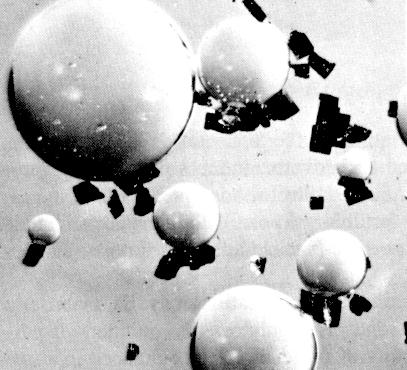 A skimming device then removes the suspended matter that floats to the surface.

614 views around the world