Can anyone give me an idea about scratchpads and how I can use them?

Here are some of my Scratchpads: 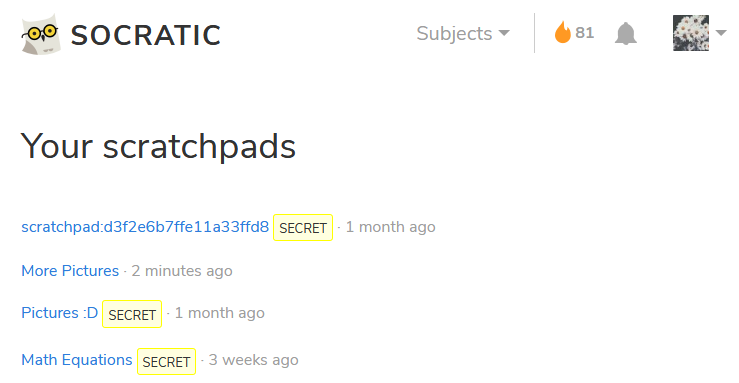 The top one hasn't been named, but is just an answer I was trying to write and couldn't get it to be logical, so I saved it as a Scratchpad to come back to later.

The second one was pictures of something that I was going to send someone as a message here on Socratic. They wanted to see where I lived in the world, so I sent them a picture of my home town. (And no - I didn't make it 2 minutes ago, I just edited the title).

The third one was an accidental "Secret" Scratchpad, as I was trying to accomplish that same thing as I said above. A Scratchpad must be public in order to send it to someone else (and I didn't know that).

The last one is just math equations to copy and paste into answers as a quick shortcut. I've forgotten to use it recently, so there are not many equations yet, but I keep adding on to it. 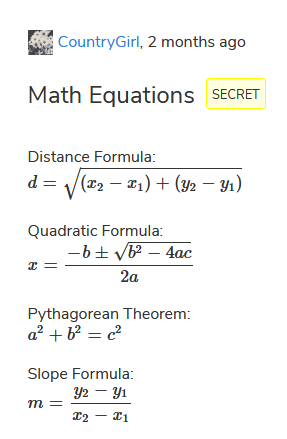 So you can use Scratchpad for whatever!

See all questions in Questions from the Community

755 views around the world