Can you describe the process that releases electrons in a zinc copper voltaic cell?

Electrons are being released because zinc is being oxidized.

A galvanic cell consists of two half-cells, each containing a metal cathode immersed in a solution of its cations, connected via a salt bridge.

In your case, the two half-cells contain a zinc electrode and a copper electrode, respectively.

The more reactive a metal is, the easier it will lose electrons. On the other hand, metals that are not particularly reactive will not tend to lose electrons to form cations.

In your case, zinc is more reactive than copper, which means that it will lose electrons more readily. The redox equilibria that govern this galvanic cell are

The standard electrode potentials, 's, listed after the two equilibrium reactions tell you which species will be oxidized, i.e. it will lose electrons, and which will be reduced, i.e. it will gain electrons.

The negative for zinc tells you that the equilibrium lies to the left, meaning which confirms that zinc is more reactive and will tend to lose electrons to form cations.

The positive for copper tells you that the equilibrium lies to the right, which again confirms that copper tends to hold on to its electrons and not form ions as readily.

Therefore, when you connect these two half-cells, the copper will oxidize zinc. Electrons will thus tavel through the wire from the zinc anode to the copper cathode.

As more solid zinc is oxidized to , more electrons are being released through the wire. Once on the cathode, these electrons will react with nearby ions and form solid copper. 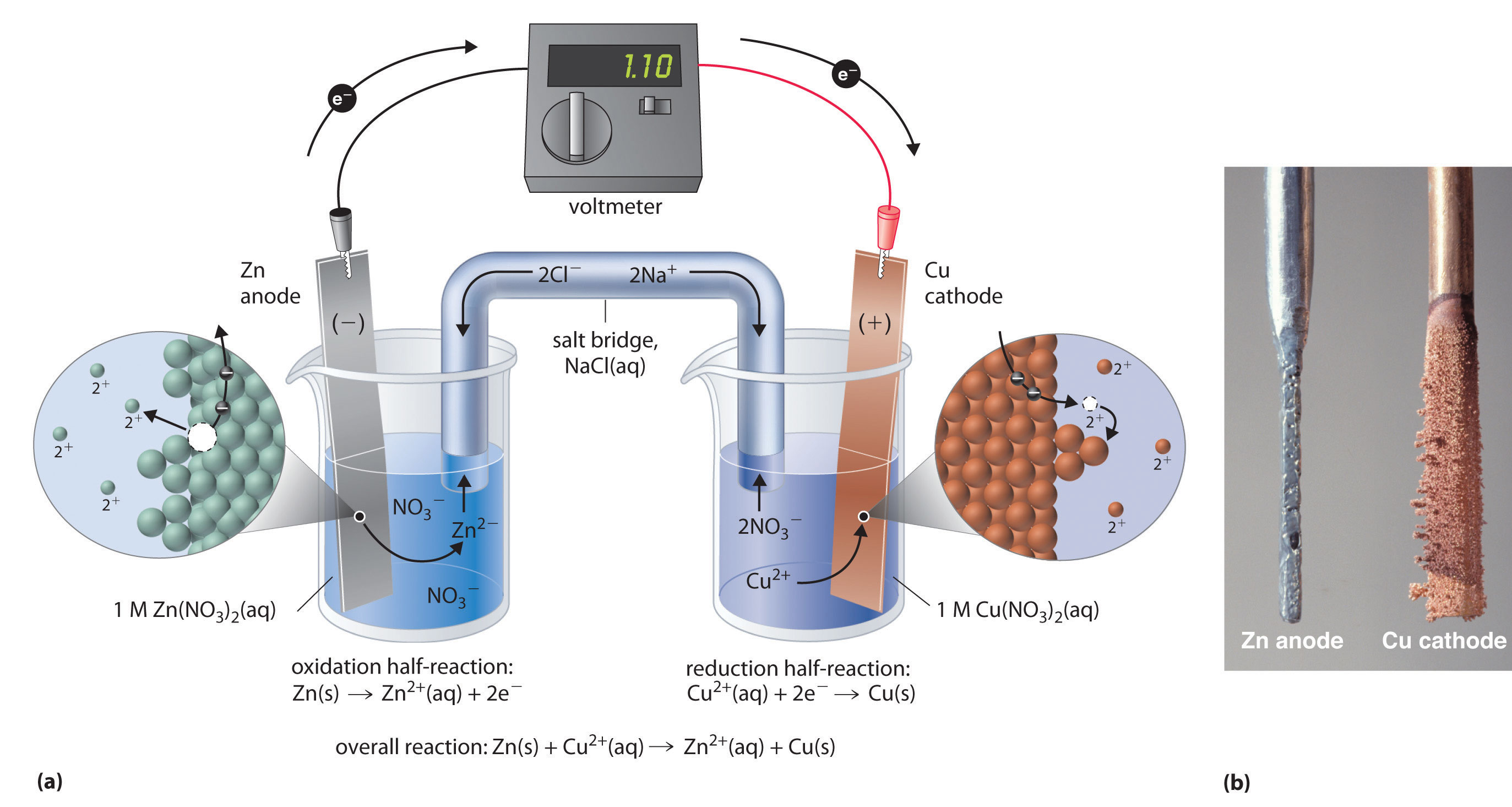 7666 views around the world