Does Italy have mostly composite, shield, or cinder cone volcanoes? Or, does it have a pretty equal amount of all three?

That's a question that could possibly require a long answer.

If you mean only active volcanoes, then the answer is short.

According to Wikipedia , there are three active volcanoes in Italy today, and they are stratovolcanoes (composite). They are:

Vesuvius destroyed the ancient cities of Pompeii and Herculaneum when it erupted in A.D. 79.

"[It's] the only volcano on the European mainland to have erupted within the last hundred years. Today, it is regarded as one of the most dangerous volcanoes in the world because of the population of 3,000,000 people living nearby."

2) Mount Etna, in Sicily, the largest of the three active volcanoes in Italy: 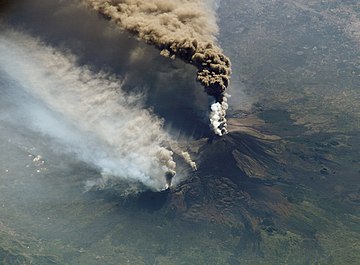 3) Stromboli, a small island in the Tyrrhenian Sea, off the north coast of Sicily: 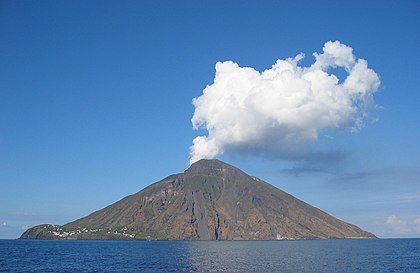 Check out this information about Vesuvius -- it's actually a somma-stratovolcano:

"A somma volcano is a volcanic caldera that has been partially filled by a new central cone. The name comes from Mount Somma, a stratovolcano in southern Italy with a summit caldera in which the upper cone of Mount Vesuvius has grown."

1474 views around the world