How can I represent enthalpy in a potential energy diagram?

In the context of a potential energy diagram, there is an enthalpy of bond formation at the equilibrium bond distance. It is not entirely obvious, but it is the potential energy shown on the y-axis.

The equilibrium bond distance is known as the most stable proximity in space for each atom to be before a chemical bond can be made. 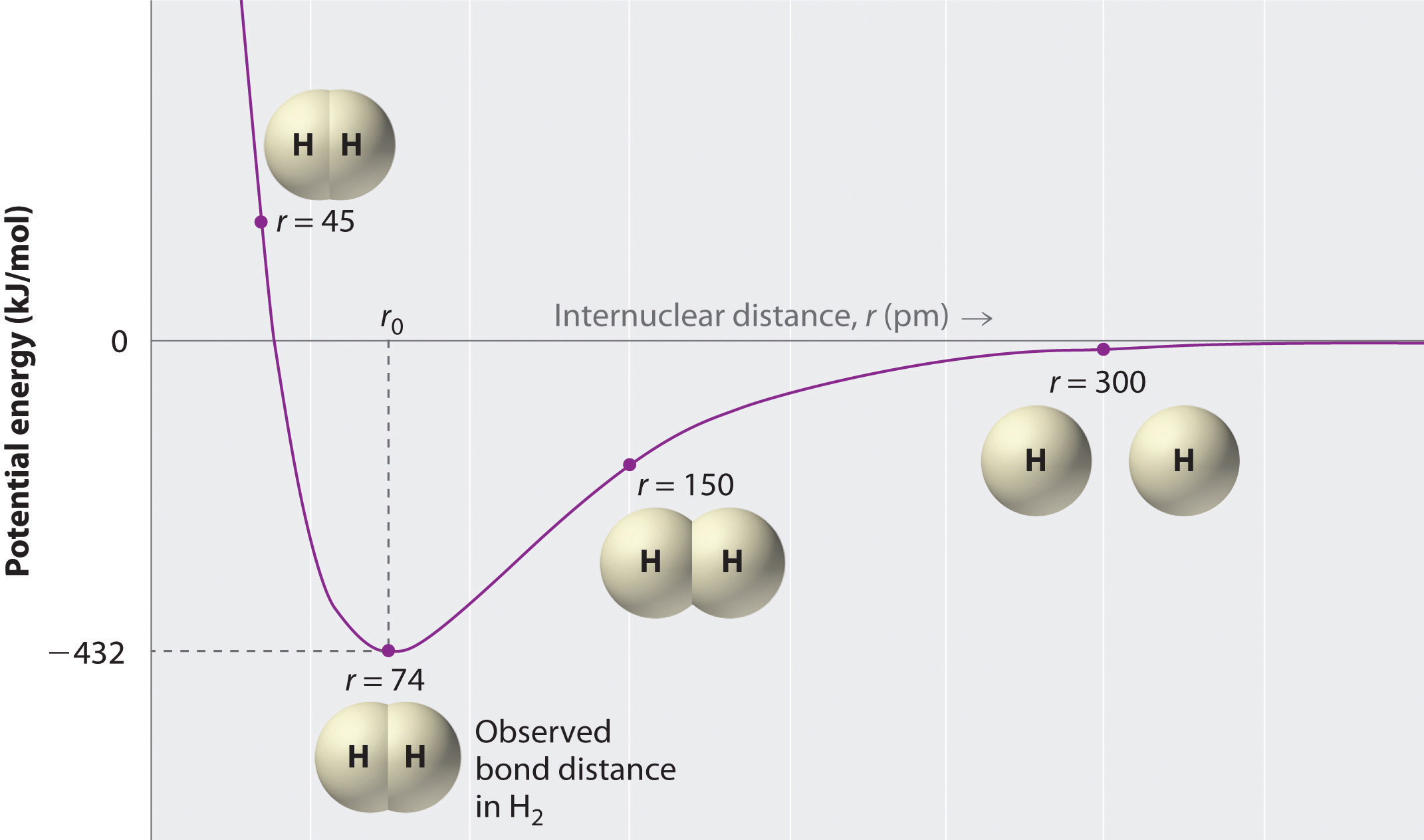 Side note: with only two atoms bonding, it doesn't matter at all where they are in the second or third dimensions---they will always be aligned in one dimension. So, the bond distance is in the "radial" direction, called r.

You can see that the optimal bond distance is for , but at longer distances, the capacity to bond is of course too low, and at shorter distances, perhaps less obviously, there is too much nuclear repulsion and the atoms want some more breathing room.

The enthalpy of the formation of the bond is about . That means it releases of energy in order to make a of bonds.

(You can define the zero-point energy anywhere, technically, but typically we just put that on the x-axis for simplicity.)

1633 views around the world