How do greenhouse gases affect visible and infrared light?

They do not effect visible light but they absorb infrared light.

Visible light wavelengths are smaller than 1 micron (0.4-0.8 microns roughly). Infrared technically from 1 micron to 1000 microns but is most intense at around 10 microns (infrared satellite photos are at 11 microns). The following chart shows which wavelengths absorbs.

You can see that there are a few absorptive bands but none of them are in the visible light spectrum, they are in the near infrared and far infrared spectrum.

For methane the absorptive bands a a bit different but they are also in the infrared spectrum (more on the near side). 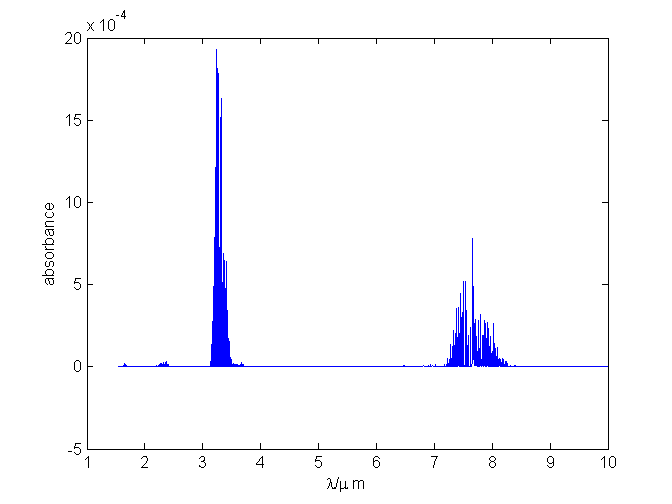 You can see that both gases do not absorb at wavelengths in the visible light spectrum.

Water is a little bit more confusing because liquid water absorbs different bands than water vapor. Also, water vapor does absorb a small amount of visible light. Trying to find a good picture for water vapor and the other gases is difficult so I found one of all the gases. I hope it isn't confusing.

3355 views around the world