How do lichens contribute to primary succession?

Lichens are typically the first organisms to colonize bare rock. They are therefore the pioneer species in primary succession.

Many organisms require soil before they can colonize an area. Lichens that colonize bare rock secrete acids that break down the rock and start the soil-production process. Also, as lichens die, they provide some organic matter that also contributes to soil. Mosses can then colonize the thin soil; as mosses die, the soil thickens more allowing other hardy species to colonize. The process continues until a mature forest forms, sometimes centuries later.

The image below shows a cross section of a lichen. They are half fungi and half protist. 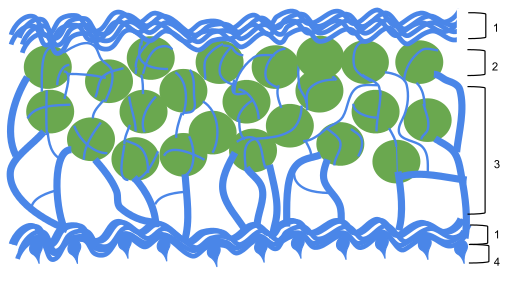 See all questions in Ecological Succession