How do predators in a boreal forest affect the ecosystem?

Biology The Elements of an Ecosystem Types of Biomes

The most productive ecosystems are temperate and tropical forests, and the least productive are deserts and tundras. 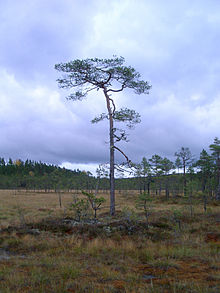 If the base is very large, many levels are found. In boreal forests, which cover about 29% of the Earth's surface, a very small base or first layer exists because of the cold climate and short growing season.

Predators affect this ecosystem just as they do others. Since this system has a base that is small, there only are a few predators. There just isn't enough food for more.

It is better to say "How does this ecosystem affect predators?" Since the predators numbers are what the system can carry not the other way around.

Even if there were more bears or eagles, only the strongest will live as there just isn't enough food for more.

See all questions in Types of Biomes

973 views around the world