How do ribosomes relate to DNA?

The mRNA travels to a ribosome, either in the cytoplasm, or on the rough endoplasmic reticulum. Ribosomes, which are made in the nucleolus, are composed of ribosomal RNA (rRNA) and proteins. They are the location of translation, the process in which the mRNA code is translated into a sequence of amino acids. 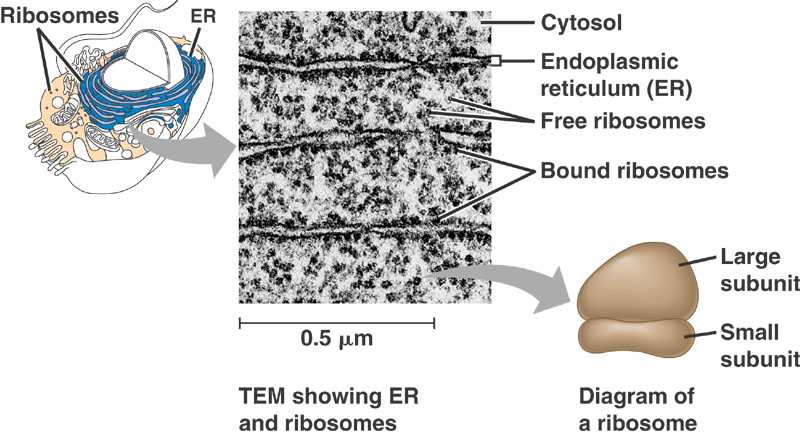 The amino acids are carried from the cytoplasm to the mRNA at the ribosome by transfer RNA (tRNA) molecules. The tRNA contains an anticodon composed of three nitrogen bases, and pair with the mRNA, codon to anticodon.

The tRNA anticodon is the same as the original DNA codon, except that tRNA contains the nitrogen base uracil rather than thymine which is found in DNA. In this way the original DNA code is restored, and the amino acids are placed in the correct order on the ribosome.