Precalculus Geometry of a Hyperbola Standard Form of the Equation 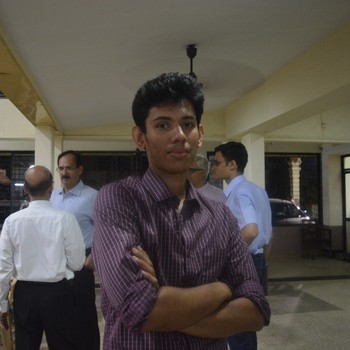 It is a hyperbola.

Firstly, to see whether it is a parabola, we have to note whether only one kind of variable has the square term with it. i.e . Since the given equation has 2 power terms we conclude that the equation doesn't trace a parabola.

Next, to identify if the given equation is a circle, one has to check if the coefficients of the square powered variables are equal.
i.e they follow the equation
This particular equation does not have its square coefficients equal and hence we are safe to say that it is not a circle.

Since we ruled out on whether it is a circle or parabola, we need to look at the power terms now. Now check the signs to see whether it is an ellipse or hyperbola.

Note, if there were no negative signs, then the equation would be that of an ellipse.

See all questions in Standard Form of the Equation

643 views around the world