Graph each equation separately. Since these are inequalities they will cover an area. The overlap between one graph and the other represents the solution. 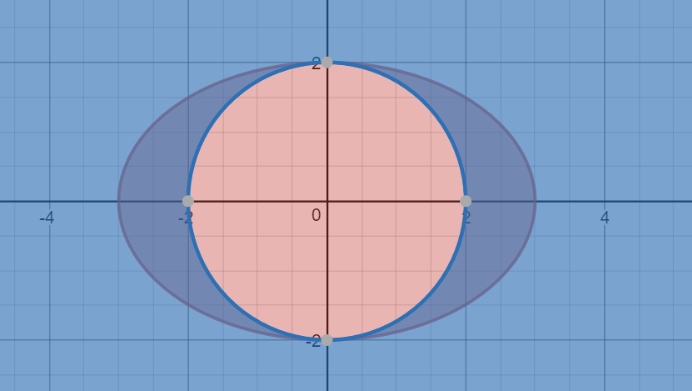 The first equation is a circle centered on 0,0 with a radius of 2 ( the square root of 4). And since the equation calls for greater than or equal to 4, then the graph all space except for the area inside the circle.

The second equation is similar, but it represents an ellipse major axis of 6 (width) and a minor axis of 4 (height). Hint: divide each term by 36. Since the equation calls for less than or equal to, this is charted as the inside of the ellipse (including the ellipse edge).

The overlapping parts of the two graphs are the two wedges, one on each side of the circle, created by the superposition of the circle and the ellipse.

See all questions in Graphing Systems of Inequalities

3393 views around the world