How does interference relate to standing waves?

Difficult question!
A way to produce standing waves is to make two waves interfere with each other.

Consider a long rope and you producing a wave on it (shaking the rope) propagating to the right with amplitude (1). Consider now that your wave meets another one quite similar but going in the opposite direction (2)...the two interfere.

The superposition of the two waves, after a while, produces a standing wave, i.e., a wave that oscillates vertically but is fixed horizontally...it doesn’t' travel anymore (3)!!! 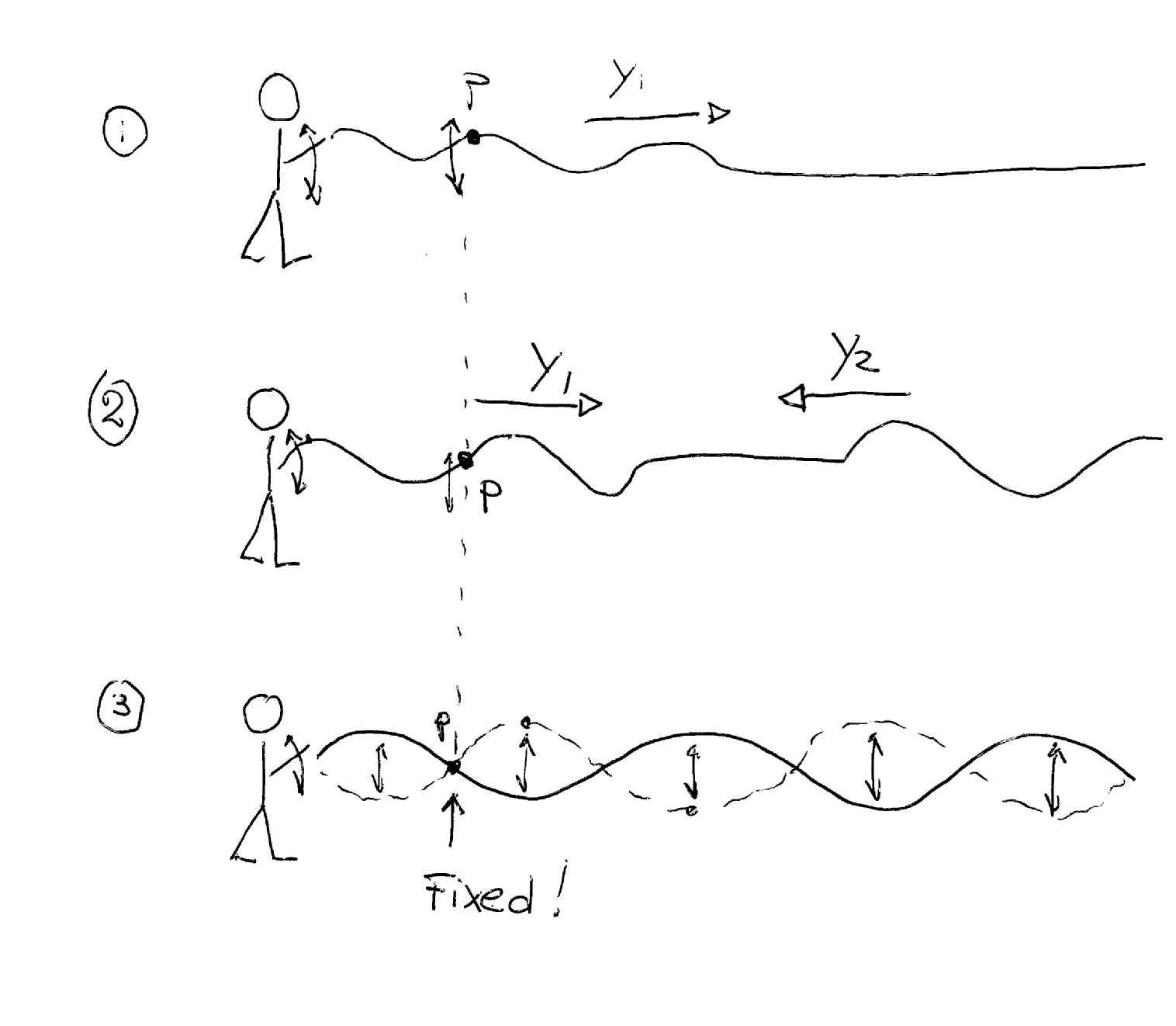 Each point on the rope is now forced to have a vertical oscillation that cannot have all the amplitudes!!! For example, a node (where you have perfect destructive interference) is a point P of your rope that will never oscillate again (while before the formation of the standing wave could move up and down according to the propagation of the wave to the right); an anti-node will now have double the amplitude, , it had before the formation of the standing wave (construction interference)!!! 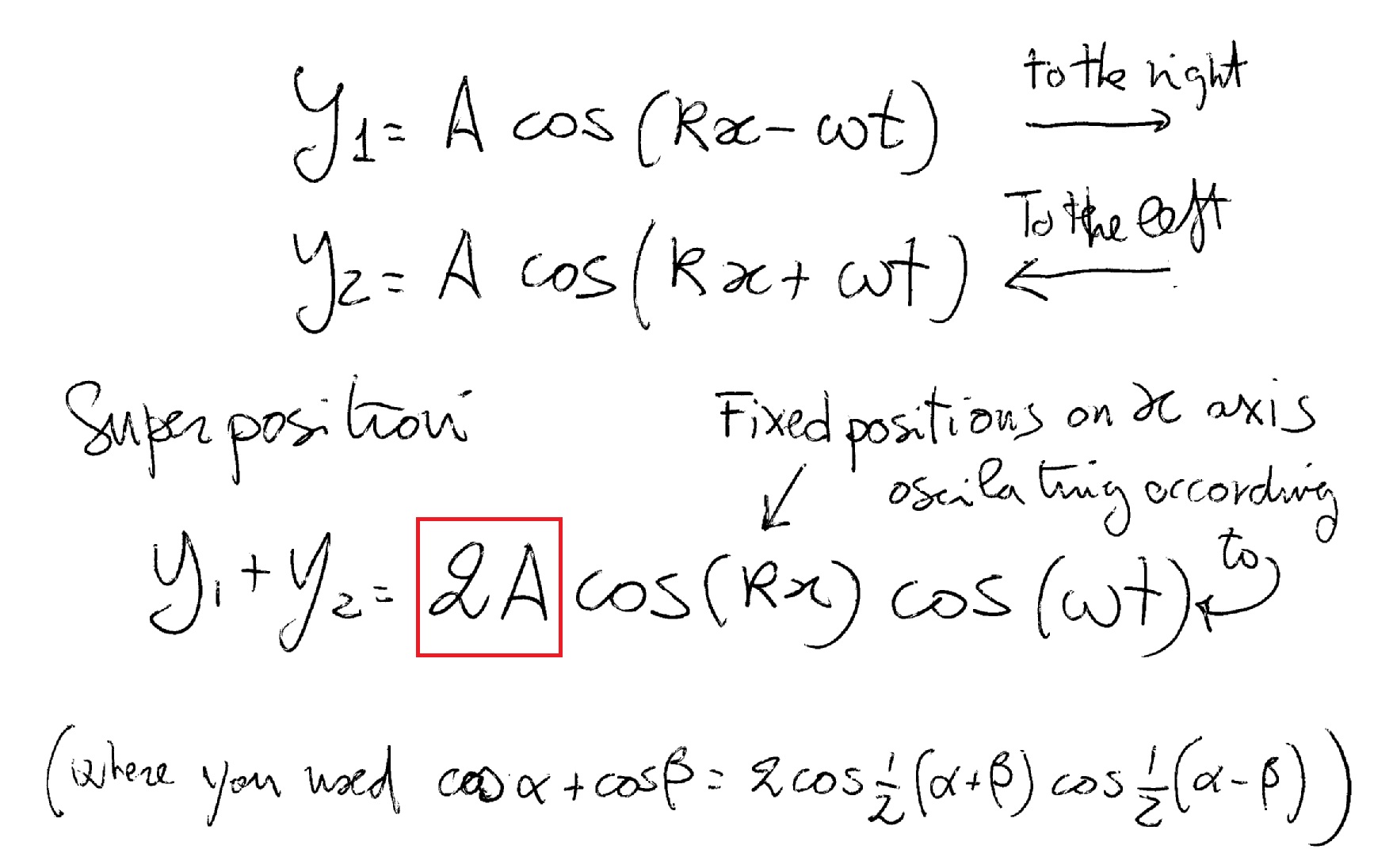 1452 views around the world