How does interference affect sound waves?

In the same way as any other kind of wave.

They can form stationary waves, and undergo slit interference.

We can see (hear?) this with stationary sound waves. 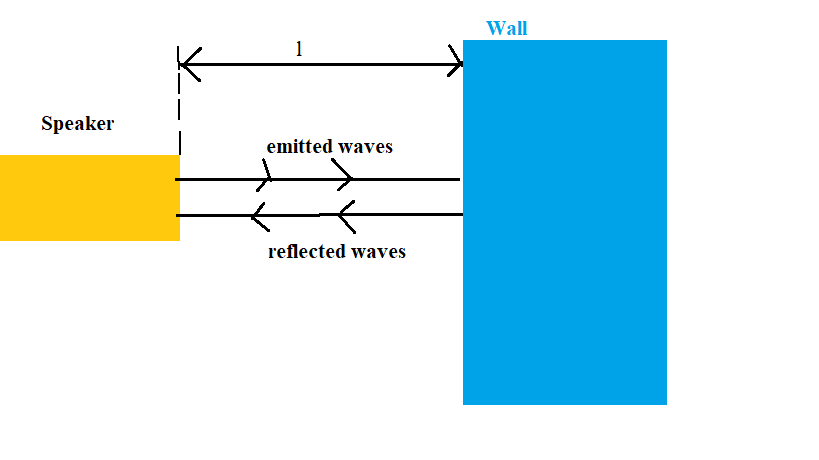 If the speaker emits coherent sound waves (same frequency, same wavelength, constant phase difference), and the distance to the wall is a half-integer multiple of the wavelength , then the waves will interfere with themselves and the superposition forms a stationary wave.

As you walk along from the speaker to the wall, you will hear the intensity of the sound increase to a maximum and decrease to a minimum. 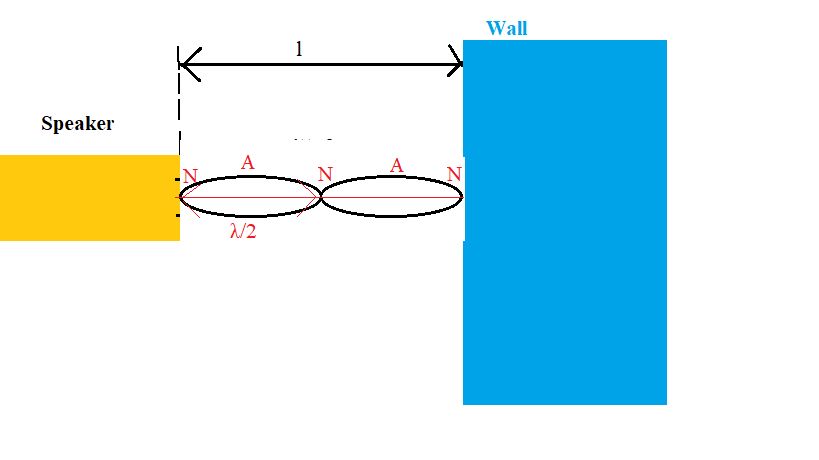 Points with opposite phase difference of or - one wave in compression when the other is in rarefraction - will completely cancel out to form a point on the stationary wave with zero amplitude, a node, marked as N.
Points with equal phase difference - will reinforce each other. This is when we have maxima in the sound. These points form antinodes with maximum displacement, marked as A.

Just like with waves on ropes, or with light or microwaves, or water waves, or any other kind of wave, this forms harmonics. This diagram shows the second harmonic; there are three nodes and two antinodes, forming 3 "loops." The distance between two nodes is always half the wavelength, - this explains why stationary waves only form when the distance is a half-interger multiple of wavelength.

And sound does the double slit too! 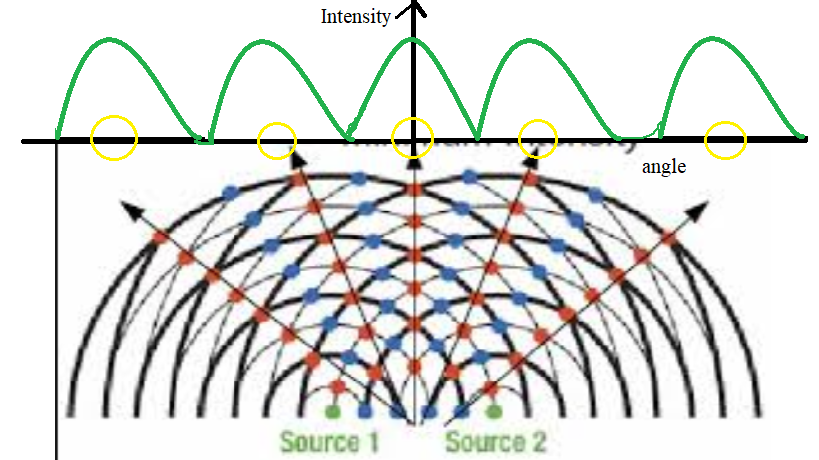 If you can get a source of two coherent sound waves - same frequency and wavelength, and a constant phase difference - then they will interfere just like a double slit.

When the sound waves go through a gap, they diffract, like other waves. As the two waves diffract, they interfere with each other.

If the path difference - the extra distance one wave takes compared to the other - is equal to a whole number of wavelengths, then the two waves will be in phase. They will interfere constructively, and this leads to the peaks in intensity. If you walk along the wall (which acts like a screen for a double slit), you would hear these points as when the sound is loudest.

Between these points, there will be areas when the sound is quietest, effectively zero. If the path difference is a half number of wavelengths - phase difference of - then the two waves will cancel out, so the intensity is minimum.

This also follows the equations we have for Young's double slit. The distance between the sound maxima, will be:

Obviously, since sound has a wavelength much longer than light, the slit spacing would be a lot greater than that for a typical double slit. However, they behave exactly the same as other waves.

The only difference is polarisation

Not interference, but worth pointing out. Sound waves cannot be polarised. This is because sound waves are longitudinal, not transverse.

Transverse waves oscillate perpendicular to the direction of energy transfer (propogation), so can oscillate in a variety of planes. If all but one of these planes of oscillation is removed - so the light oscillates in one plane only - the light is polarised.
Longitudinal waves, like sound, oscillate parallel to (in the same direction as) energy propogation, so don't oscillate in a variety of planes. This means there aren't other planes to be removed, so they cannot be polarised.

Then again, this isn't interference, is it?

3388 views around the world