How is climate change happening?

What is the evidence for climate change, future predictions, future impacts and what can be done.

The "Climate" is the combination of many factors, all ultimately driven by the energy of the sun impinging on the earth. Climate varies a great deal across the planet, and even large-scale global changes in climate have occurred periodically throughout the earth's history.

"Predictions" are notoriously inaccurate, particularly with respect to timelines. A "climate change" in one region may be unfavorable, but favorable to another.

The current concern is primarily about changes accelerated by human activities, as opposed to other natural causes. Unfortunately, our best science of population impacts on environment to date all indicate that unless a population controls its own growth, it will be drastically reduced by resource depletion and disease in time.

Every "sustainability" goal, energy use reduction and pollution control cannot ultimately make up for continued increases in human population. We might be able to "stabilize" population and resource use at some particular point, but that cannot happen when both parameters continue to change at different rates, and often in different directions. 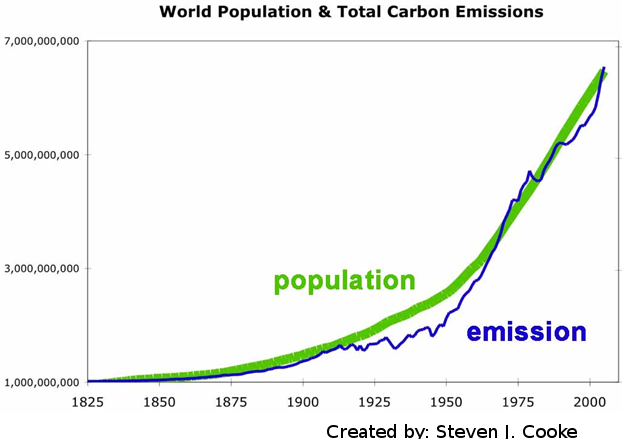