How is dehydration different from distillation as a method of removing a solute from a solvent?

Distillation involves differences in boiling point. The solute (a liquid) has a lower boiling point than the solvent. Once the solution starts boiling, the solute becomes a vapor, and then is passed through a condenser with cold water surrounding it, causing the vapor to condense back into the liquid solute (distillate) without the solvent. 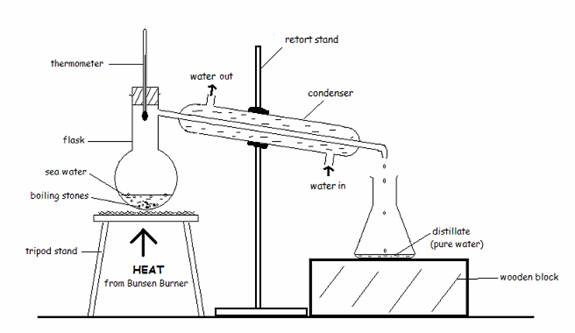 See all questions in Solute

3987 views around the world