How would you describe the distribution of charge in an atom?

There are 2 places where charge is located in the atom:

To sum it all up we can say that the charge of protons in the nucleus is reduced by the charge of electrons on the orbits to make the atom electrically neutral. 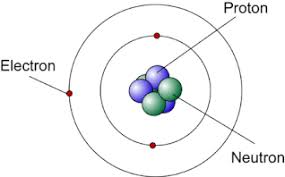 However if an atom gives an electron away or gets one from another atom, then the positive and negative charges are not equal and the atom becomes an ion.

5658 views around the world