If an atom has six protons and four neutrons, what is its charge? 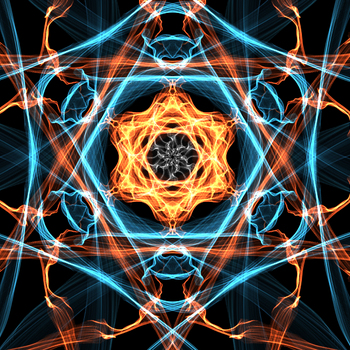 The Atom would be Carbon and it would have a charge of +6 assuming there is no Electrons.

Assuming you have a periodic table with you, you can always find what element an atom is based on its number of protons.

Protons are what determine an element atomic number because of their location in the nucleus and inability to change without altering nearly the entire composure of the atom. Protons also have a positive charge, each one being equivalent of a +1 atomic charge.

Therefore, since this one has six protons we know it is a Carbon Atom.

Neutrons are also located in the Nucleus of the atom, however these do not determine anything within the atom except for the atomic mass. They also have no charge, resulting as a +0 in a equation.

So in the problem, this Carbon atom has 6 Protons and 4 Neutrons. Plug this info with what we now learned into an equation to look like this.


Therefore resulting in a +6 charge, because a balanced charge would be 0.

The second part of the atom that would effect charge is the Electron.

Electrons are outside the Nucleus, and depending on the atom can sometimes be stolen by other atoms. Their primary jobs is to act as a tool for bonding and provide the -1 charge to an atom to balance it.

8875 views around the world