If mankind is the cause of global warming, then how did the ice age end?

Variations in Earth's orbital cycles push the planet into and out of glacial periods, but the release of CO2 from the oceans at the end of a glaciation helps warming along.

Cold glacial periods and warm interglacial periods have happened on Earth for the past 2 million years or so. The primary reason is something called Milankovitch cycles, named after their discoverer. See pic 1. These variations in the Earth's orbit, wobble, and the tilt of its axis is enough to change the amount of incoming solar energy that heats the planet.

As the oceans start to warm, they release CO2 they absorbed during the cold glacial period. This is called a positive feedback loop and it accelerates warming. 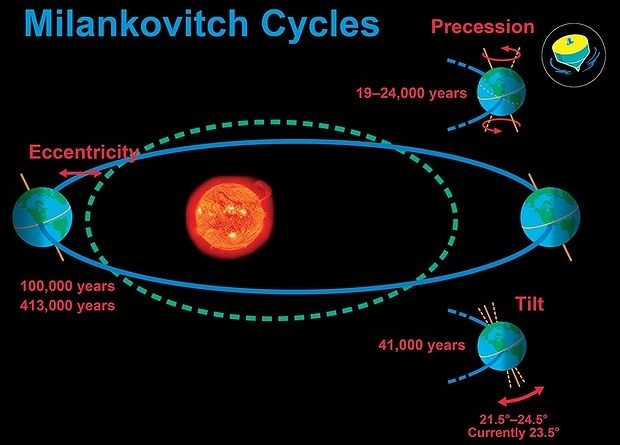 1178 views around the world