If the Hubble telescope can take excellent pictures of stars and galaxies forming millions of light years away, why can't it take a good picture of Pluto?

The Hubble telescope has an angular resolution of . Galaxies are much larger than that, but Pluto is not.

While researching this answer, I came across this article which provides a more in depth answer to the question.

Hubble uses a special type of camera called a CCD, or charged couple device. These cameras use a grid of "bins" which collect and count photons. These "bins" correspond to pixels in the resulting image. If we look at a Hubble image of Pluto from 1996, we can see these pixels. 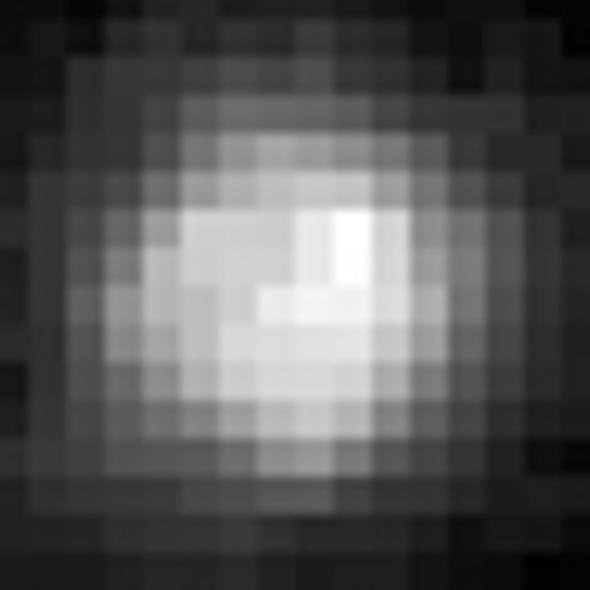 Currently, Hubble's resolution is about . That means that each of these pixels is wide. A single arc-second is th of a degree. We measure resolution in arc seconds because it tells us how much of our view of the sky an object takes up. To put this in perspective, the entire sky is a field of view, or . 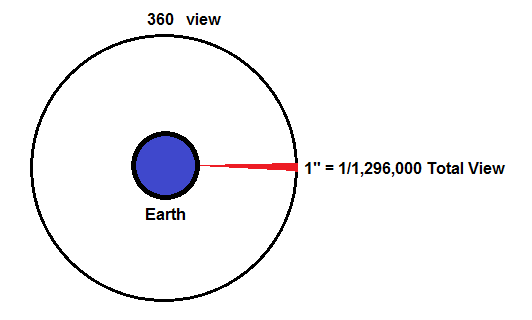 Pluto's angular size changes as it orbits the sun. The closer it is to the Earth, the larger it appears. At its closest, Pluto is . Comparing that with Pluto's diameter of tells us that Pluto's largest angular size is;

This is the angular size in radians. If we convert to arc-seconds, we get;

Which is about pixels across for Hubble. Now lets look at a galaxy. NGC 1300 is a spiral galaxy away, which has an angular size of . That's about times the angular size as Pluto, meaning that we can see much more detail. 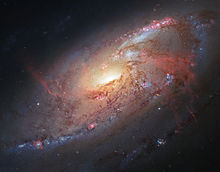 See all questions in Rockets, Satellites, and Spaceships

1161 views around the world