Is electric charge a physical property of matter?

Yes, charge is a property attributed to fundamental particles.

Electric charge is the physical property of matter that causes it to experience a force when placed in an electromagnetic field.

Particle physics allocates sub-atomic particles to various groups, in what is known as the particle zoo: 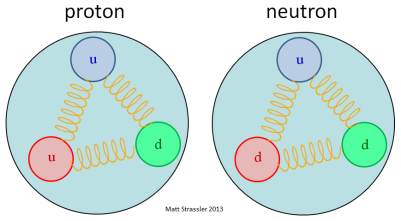 Returning to the topic of elementary particles, then, charge is a property that we allocate to said particles based on our observation of how they behave in an electromagnetic field. This of course reflects how different particles interact with one another via the electromagnetic force. But outside of this, what is charge?

We can say that protons are positive particles, but then we ask the question why? And of course we know that we can look into the substructure of the proton in an attempt to explain this, and if we do then we will find quarks that have their own charges. Starting with any magnitude of composite particle, in an attempt to explain charge you will eventually come to the elementary particles, and by that logic you will be unable to continue.

This is because, as stated in the answer, charge is simply a property of these elementary particles, alongside mass and others.

6226 views around the world