What are Rules for Prefix in a compound?

Yes, the name for water using the rules for chemical nomenclature is dihydrogen monoxide. However, it is virtually never called that.

When naming a binary molecular compound, the subscript for each element determines what prefix should be used.

The following are the Greek prefixes used for naming binary molecular compounds.

The prefixes are written at the beginning of the name of each element, with the exception of the prefix mono-, which is not used for the first element.

The name of the second element loses one or two syllables and ends in the suffix -ide. 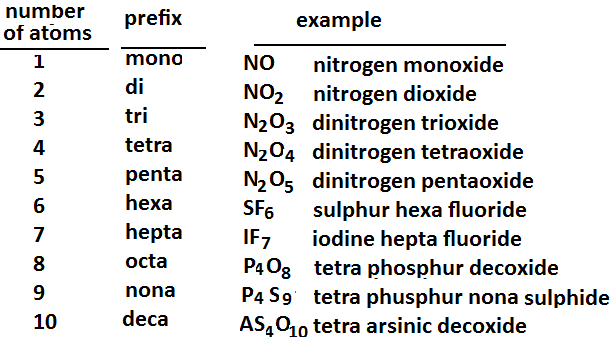 Note: Molecules that contain two atoms of the same element, such as oxygen gas, , are often given the prefix of di-. For example, is sometimes called dioxygen.