What concepts describes the reason that atoms are larger and ionization energies are lower as you go down the periodic table?

Many factors influence these phenomena. However, a large factor is:

The effective nuclear charge of atoms dictates the Coulombic attraction strength regarding electrons and protons.

The way I was taught was the positive charge of the nucleus, although increasing, is increasingly "screened" as the equivalent number of core electrons screen the charge.

As a result, the valence electrons becomes increasingly diffuse, which increases the overall atomic radius and ease of ionization. 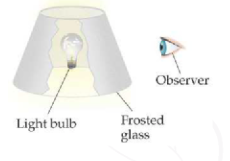 As the level of "frost" (core electron screening) on the glass increases, the observer sees less and less light emission (the valence electrons experience less and less Coulombic attraction).

979 views around the world