Reproductive system of frog is responsible for producing gametes which are released in water for fertilisation.
Similarities between human and frog's system are limited to the fact that both possess paired testes/ovary for gamete production.

In both the sexes of frog, each gonad remains attached to the kidney of same side. In human special ligaments attach the gonads to body wall. In males, testes is not abdominal in location; these are present in scrotal sac.

In breeding season, frogs perform a false copulation: the act of amplexus so that both the sexes release huge number of gametes together in water. Gametes come out through cloacal aperture. 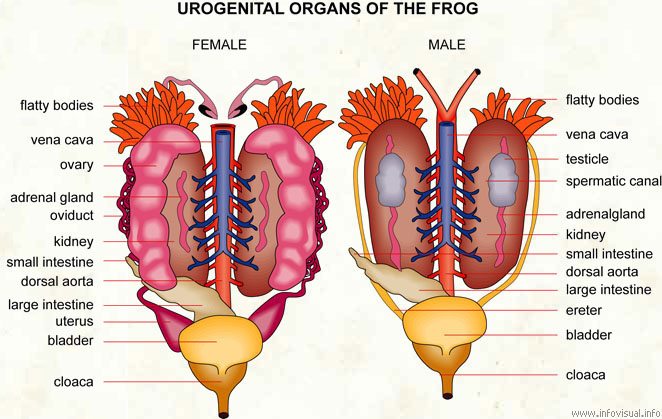