What is the Kelvin temperature scale?

Essentially, it is a temperature scale based on Absolute Zero.

The Kelvin scale is unique in a few ways from Fahrenheit and Celsius. Primarily, it is based on the measurement of absolute zero. This is a theoretical and highly debated point at which all atoms stop moving (but molecules still vibrate). The scale has no negative numbers because is the lowest Kelvin temperature. When referencing the scale, it is generally best to use K, instead of degrees. For example, water freezes at K and boils at K.

The scale was created by British scientist and inventor William Thomson, who was also known as Lord Kelvin. He was inspired by the discovery of absolute zero in the mid-1800s and also by the Carnot cycle, which is a theory that examines the relationship between work, pressure, and temperature. Thomson's background in mathematics and heat dynamics enabled him to create the scale. His idea was to begin at absolute zero and use the same increments as the Celsius scale to go up from there.

The Kelvin scale is commonly used in science because it lacks negative numbers, making it useful for recording extremely low temperatures. It is also used in lighting, because of it represents the colour temperature that relates to the physical temperature of some object.

The image below shows the relationship between Kelvin, Fahrenheit, and Celsius. 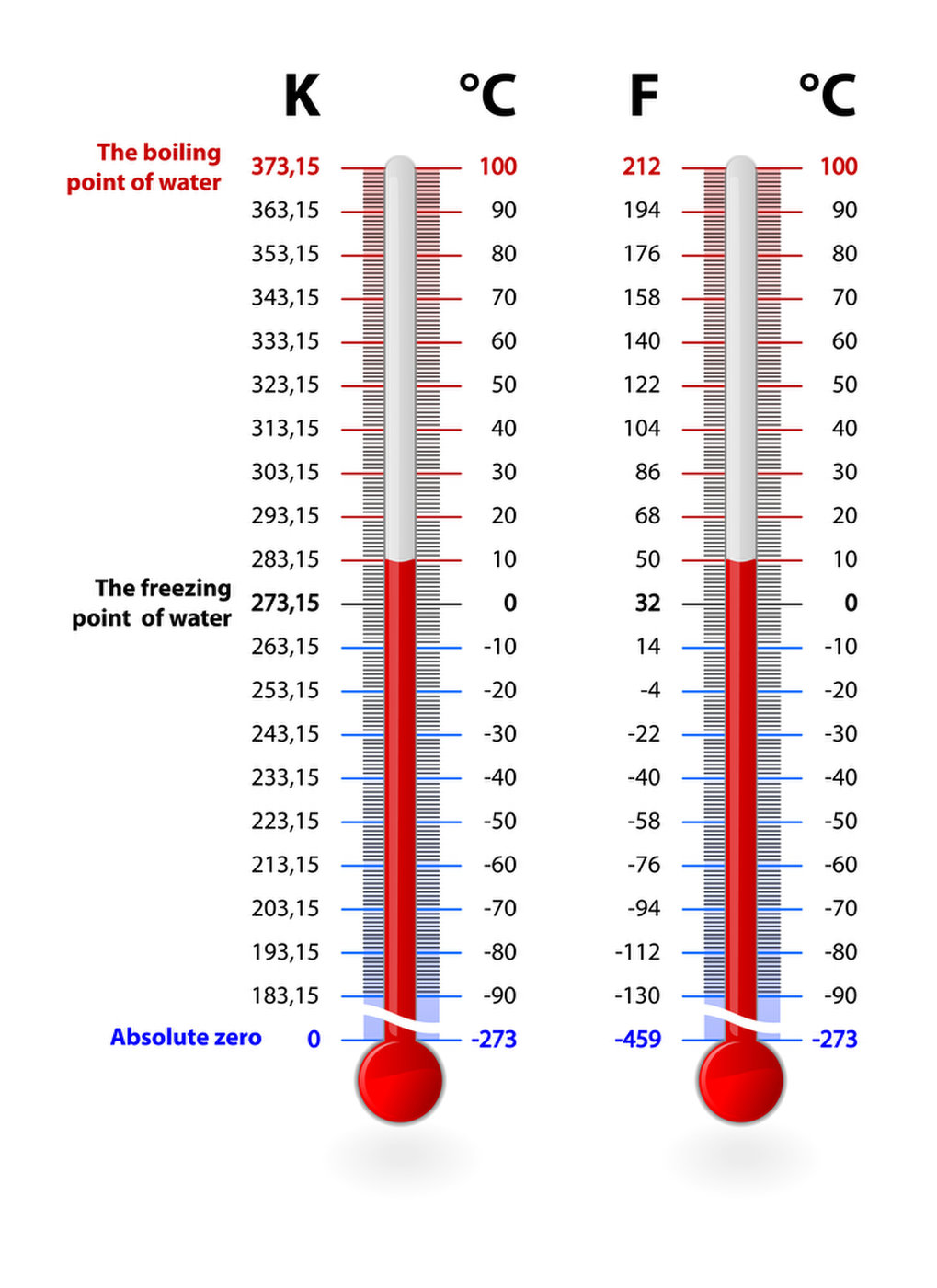 See all questions in Temperature Scales