What is the major difference between a cyclic hemiacetal and a cyclic acetal?

A cyclic acetal is a protecting group. It forms when you react an aldehyde in acid with an organic diol like ethanediol. There are two nucleophilic attacks on the same carbonyl carbon here, one of which is an intramolecular ring formation.

A cyclic hemiacetal is formed when you protonate an aldehyde that has a hydroxyl group far enough away that an intramolecular ring formation can be made, but with only one nucleophilic attack on the same carbonyl carbon, not two.

Or, instead of protonating the aldehyde's carbonyl oxygen, you could somehow deprotonate the hydroxyl cation (like by making a sodium derivative of the compound), which is what is shown at the bottom. 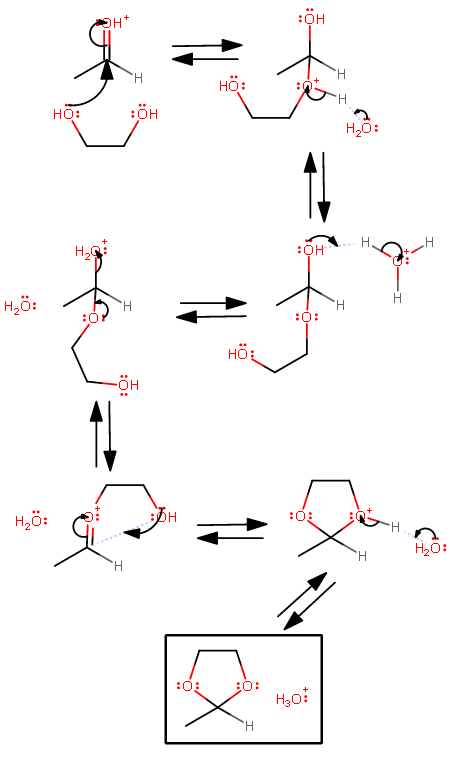 We're kinda going to skip straight to the nucleophilic attack because you get the idea by now. 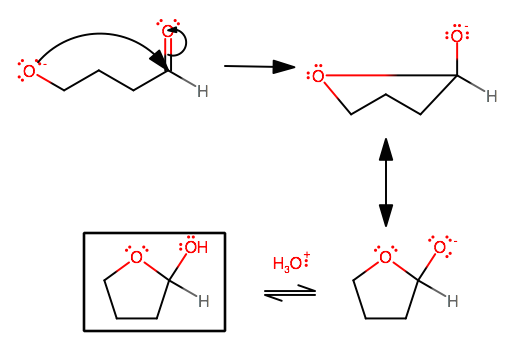 6240 views around the world