A typical ionic solid consists of a geometric array of ions, alternating between the cation and anion: 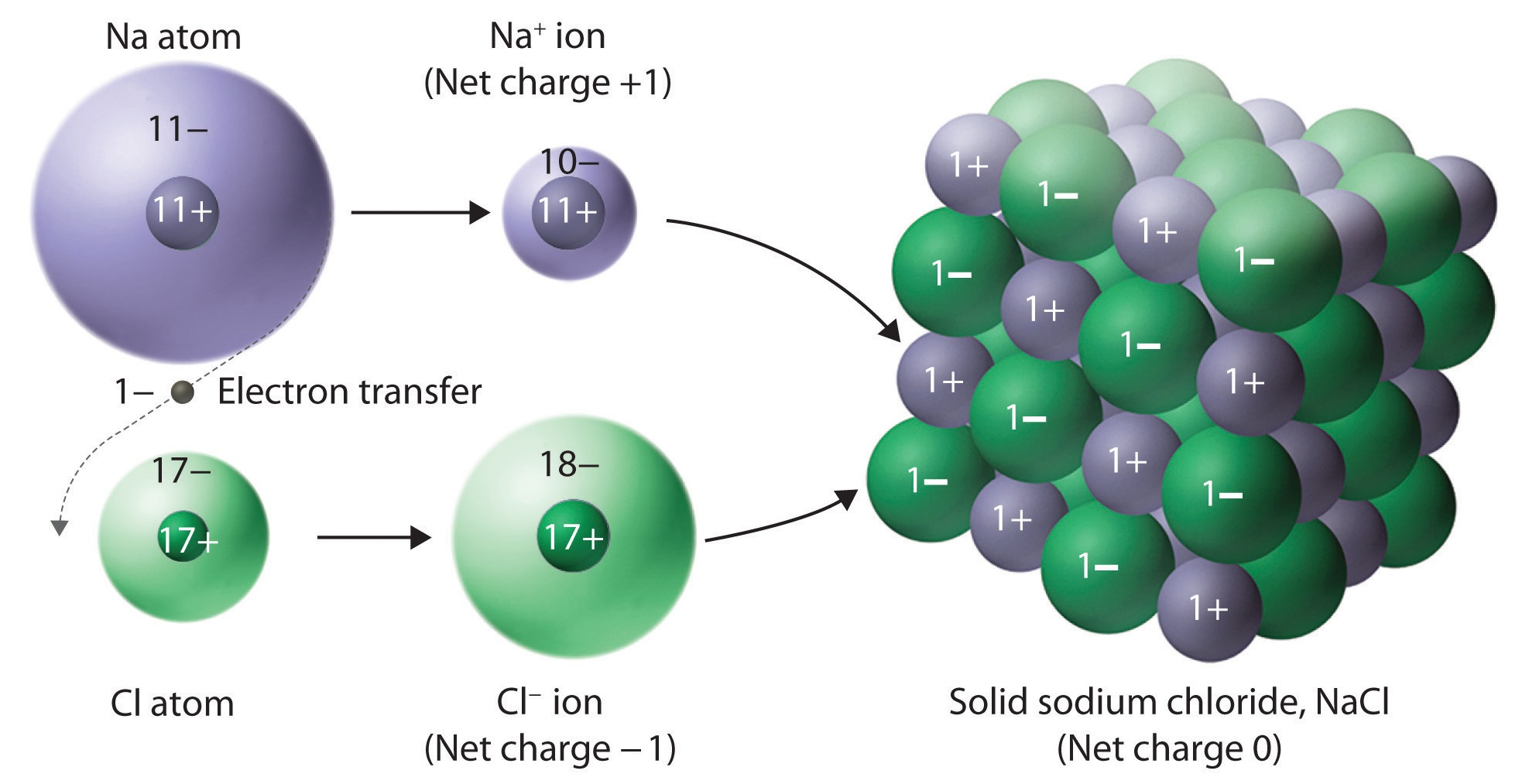 It is for this reason why it is generally inappropriate to call a single unit of an ionic compound a "molecule", which usually implies a covalent bond. Instead, an individual unit (one cation, one anion) is called a formula unit (in the image above, it is , sodium chloride).

The electrostatic attractions between oppositely-charged ions ( and ) are what hold the structure in tight formation.

This process is called solvation:

Possibly the ions themselves!

4165 views around the world