Which is the BEST way to revise the sentence labeled (9)? 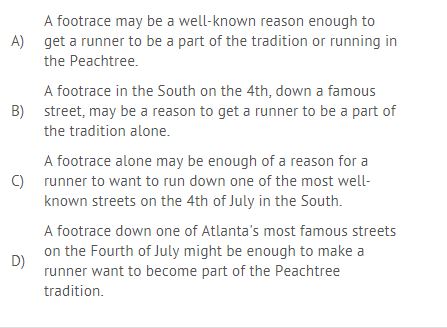 B has an awkward arrangement; for example the placement of "alone" after "tradition" makes it difficult to see what "alone" is trying to modify.

C also seems to indicate that the "footrace alone" (without qualifications of time or place) is enough of a reason to run. 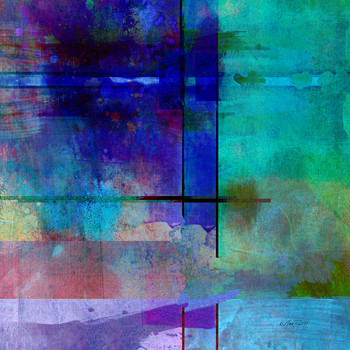 D: A footrace down one of Atlanta's most famous streets on the Fourth of July might be enough to make a runner want to become part of the Peachtree tradition.

D gives immediate, enticing detail of the footrace that eloquently outlines its importance.

The ideas 'well-known' (about the footrace), and 'reason' (for runners to become part of Peachtree), are best conveyed here using the superlative 'most famous', and the suggestion 'might be enough', as well as 'become part of the Peachtree tradition'. The latter especially seems to immerse the footrace in the local culture of Atlanta, and bring to life its importance as an annual event.

The word 'down' , rather than 'in' is used for 'down one of Atlanta's most famous streets' - for the reader, this gives a picture of the participating runner's thorough course down this very street, and a heightened experience.

The picture of the footrace and the runner's thoughts are clearly separated by the phrase 'might be enough'. This makes the extract more plausible and therefore easier to digest for the reader.

The date of the footrace ('Fourth of July', Independence Day and therefore an evidently important festival in the USA) is stated. If the reader lives in the USA and is familiar with independence celebrations, this, coupled with 'most famous', gives a clear idea of a lively and eventful atmosphere surrounding the runner.

The name 'Atlanta' conveys a clear destination point for the footrace, the heart of the Peachtree tradition, as opposed to 'the South', a generalisation. Again, there is a possibility of familiarity of the reader with this region. Therefore, the reader will either have a vivid picture of the city and its people, or have this tradition as their first piece of knowledge of the city. Either way, it is important to be specific in order to engage the reader best.

1993 views around the world