Why are homeotic genes referred to as master switches?

Because they are very important in development, determining what parts of the body grow where.

Homeotic genes (also called homeobox genes) are genes that are highly conserved between all kinds of animals and even plants. The genes play a crucial role in early development.

The homeotic genes determine where certain anatomical structures (e.g. arms, legs, wings) will develop in an organism during morphogenesis . Connected to this, they determine what is the front and the back of an organism. The genes code for proteins that in turn activate or suppress genes (realisator genes) that will specify the function of a tissue.

So, they are master switches because they control all the characteristics of organisms. Without we might grow arms where our legs are and birds might not have wings.

The image below gives two examples of the different homeotic genes (depicted by the colored boxes) and the segments they develop in the fruit fly and in mice. 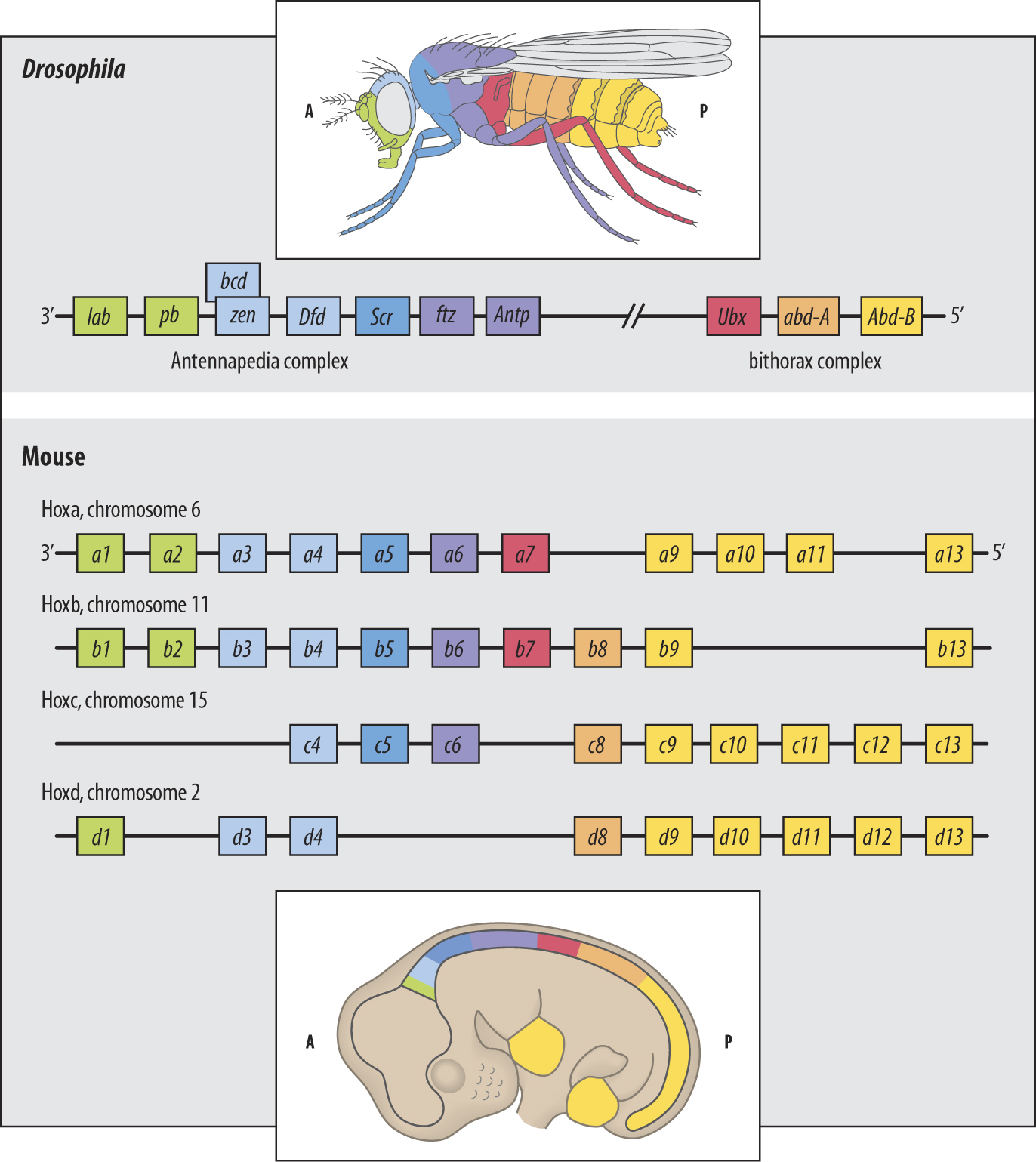 4599 views around the world