Magnesium silicide, or , is an example of a compound formed by magnesium and silicon. The bond in is considered to be polar covalent with some ionic character.

The difference in electronegativity between magnesium and silicon is about 0.6, which is very close to the 0.5 value set as threshold for covalent bonding.

This is why the bond is considered to be polar covalent. You can think of the difference in electronegativity as an indicator of what predominant character a bond between two atoms will have 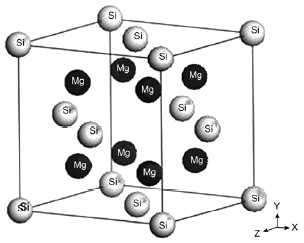 1967 views around the world