What type of bond do magnesium and sulfur form?

Magnesium, , is located in period 3, group 2 of the periodic table, and has two electrons on its outermost shell, i.e. two valence electrons**.

On the other hand, sulfur, , is located in period 3, group 16 of the periodic table, and has six electrons on its outermost shell.

As you know, chemical reactivity is governed by an atom's "desire" to have a stable electron configuration, that is, to have eight electrons in its outermost shell a complete octet.

In this case, magnesium can complete its octet by giving up those two valence electrons, becoming the magnesium cation. , in the process.

Sulfur, which only needs two electrons to complete it octet, will pick up the two electrons coming from magnesium, becoming the sulfide anion, , in the process.

The electrostatic force of attraction will then bring the magnesium cations and the sulfur anions together an ionic bond is formed. 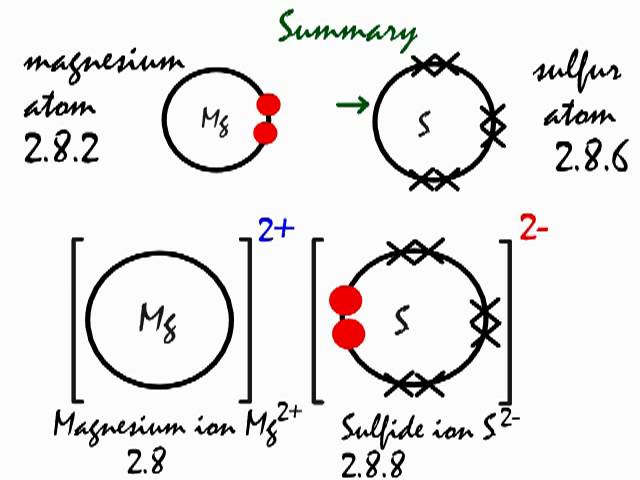