The question wants you to recognize the fact that cesium, , is a metal, or an alkali metal, to be precise, and so it cannot react with other metals.

With the exception of hydrogen, elements located in group 1 of the periodic table are called alkali metals and are all characterized by the fact that they have one valence electron. 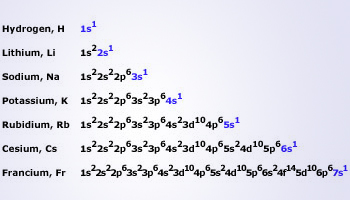 That is, these elements have one electron located in their outermost shell, i.e their valence shell. As you know, chemical reactivity is governed by an atom's "desire" to acquire eight electrons in its outermost shell the octet rule.

In order to complete their octet, these elements lose that outermost electron. This means that they will only react with elements that are "interested" in taking the electron that the alkali metals are offering.

Cesium will thus not react with another element that is interested in giving away electrons in order to complete its octet, i.e. with another metal.

As you can see from the options given to you, barium, , calcium, , and chromium, , are all metals, which is to say that they all want to lose electrons in order to complete their octet.

On the other hand, iodine, , a nonmetal located in group 17 of the periodic table, is very interested in picking up an electron from cesium.

That happens because iodine has seven valence electrons, which means that it only needs one to complete its octet.

Therefore, when cesium reacts with iodine, it gives its valence electron to iodine, becoming positively charged in the process, i.e. a cesium cation, .

Iodine will pick up this electron and become negatively charged in the process, i.e. an iodide anion, .

These two ions will then be attracted to each other by the electrostatic force of attraction cesium iodide, , will be formed. 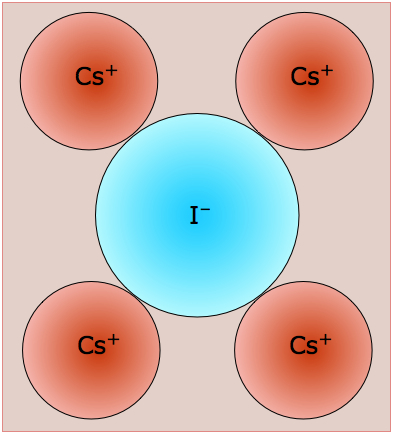 4139 views around the world