The trick here is to realize that when volume and number of moles of gas are kept constant, pressure and temperature have a direct relationship as described by Gay Lussac's Law. 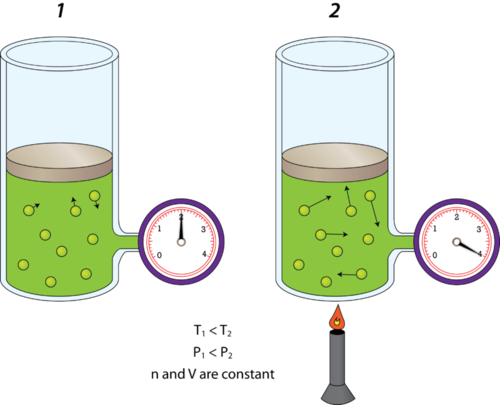 In your case, the temperature of the gas increases from to , which can only mean that its pressure increased as well.

Mathematically, Gay Lussac's Law can be written as

Rearrange the equation to solve for

Plug in your values to find

The answer is rounded to two sig figs, the number of sig figs you have for the initial pressure of the gas.

1611 views around the world