A 3.40 kg aluminum ball has an apparent mass of 2.10 kg when submaged in a particular liquid. What is the density of the liquid?

As you know, when an object is submerged in a particular liquid, the difference between its mass and its apparent mass will represent the mass of the liquid displaced by the object. 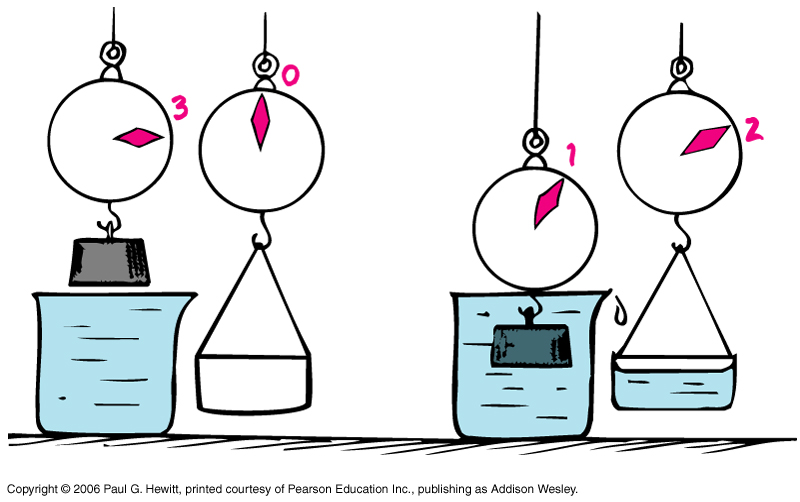 You can think of mass in terms of density and volume. More specifically, you know that the following relationship exists between mass, volume, and density

Plug this into the above equation to get

We've already established that the mass of the displaced liquid is the difference between the mass and the apparent mass of the ball, which means that you have

This means that the density of the liquid will be

Now all that you need is the density of aluminium, which is listed as

Plug in your values and find the density of the liquid

The answer is rounded to three sig figs.

3195 views around the world