How can I calculate the ground state energy?

Well, you would have to know the Hamiltonian for your system, which in general is not easy...

And as such, these days we resort to iterative, self-consistent methods to computationally minimize ground state energies in accordance with the variational method:

where is the ground-state energy, is the energy obtained at each iteration, and is the wave function of the system.

The common general procedure is:

This usually makes some sort of mean-field approximation, i.e. a smear of electron density that approximates instantaneous electron interaction.

Start from the orbital guess that is generated from that calculation to do a calculation at the multi-configurational self-consistent field (MCSCF) level of theory. 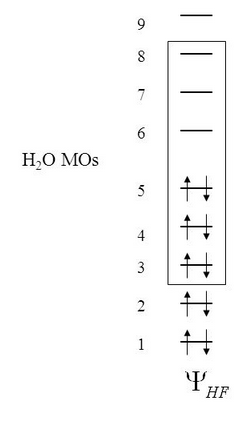 From here it's a free-for-all on how to account for (short-range electron repulsions).

The most accurate way to do it (and also the most time-consuming) is to do a full configuration interaction (full CI)... 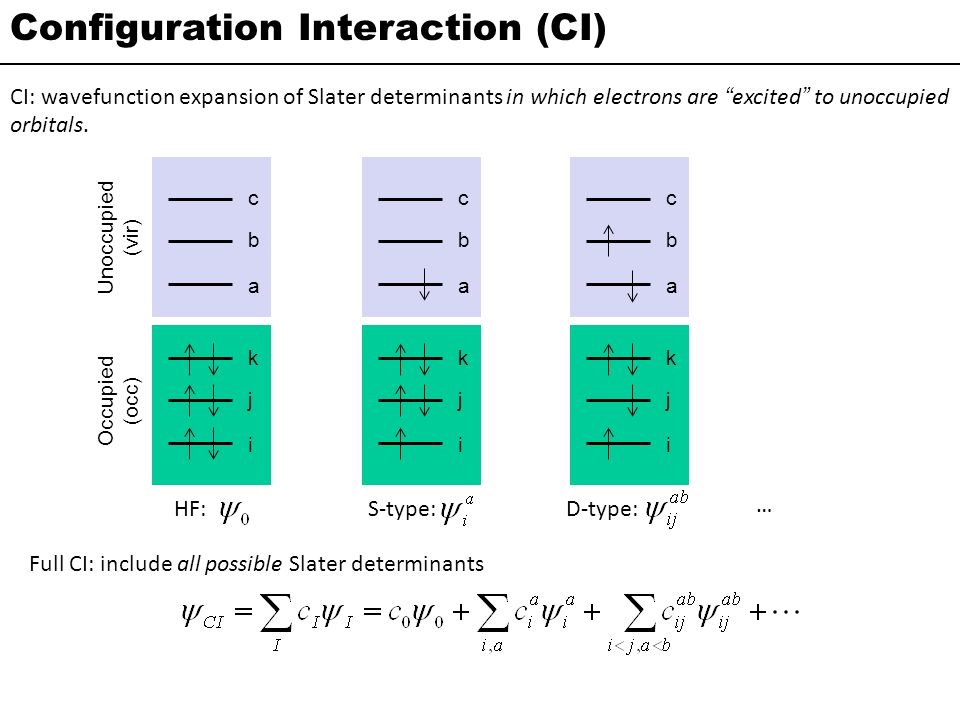 In this, excited-state "character" is mixed into the wave function to allow a more accurate description of the molecule across the entire potential energy curve.

But no one ever does that in full... They always do some sort of approximation to it, like MRCI, MRCIS, MRCISD, CCSD(T), CCSD, etc., to save time and still get as accurate a ground-state energy as possible.

See all questions in Excited States and Ground States

9953 views around the world