How did the pythagorean theorem come about?

As explained in Wikipedia. Reproduced below.

The Pythagorean Theorem states that 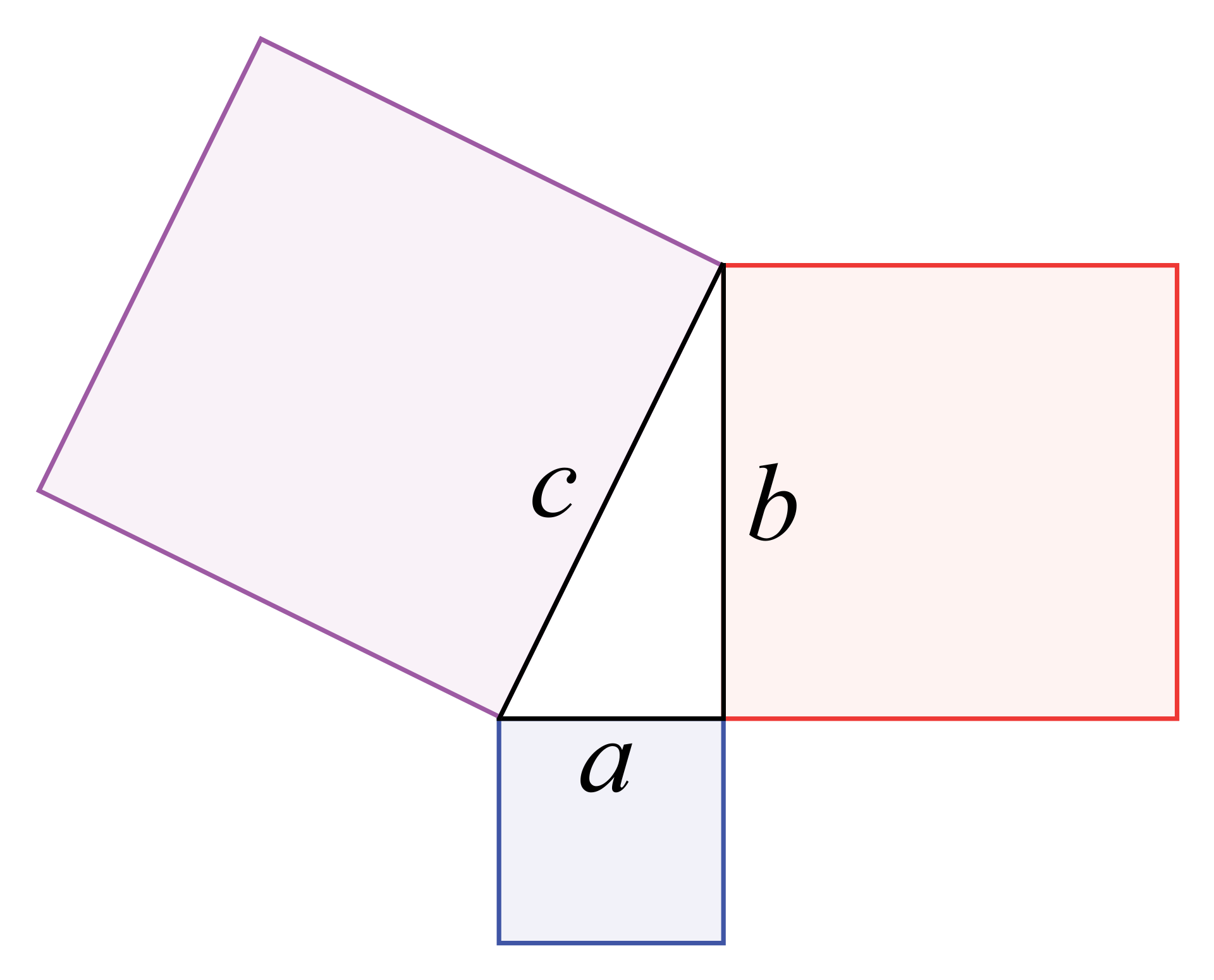 This theorem is represented by the formula

where c represents the length of the hypotenuse and a and b the lengths of the triangle's other two sides.

In mathematics, the Pythagorean theorem, also known as Pythagoras' theorem, is a fundamental relation in Euclidean geometry among the three sides of a right triangle. It states that the square of the hypotenuse (the side opposite the right angle) is equal to the sum of the squares of the other two sides. The theorem can be written as an equation relating the lengths of the sides a, b and c, often called the "Pythagorean equation":[1]

Although it is often argued that knowledge of the theorem predates him,[2][3] the theorem is named after the ancient Greek mathematician Pythagoras (c. 570–495 BC) as it is he who, by tradition, is credited with its first recorded proof.[4][5][6] There is some evidence that Babylonian mathematicians understood the formula, although little of it indicates an application within a mathematical framework.[7][8] Mesopotamian, Indian and Chinese mathematicians all discovered the theorem independently and, in some cases, provided proofs for special cases.

The theorem has been given numerous proofs – possibly the most for any mathematical theorem. They are very diverse, including both geometric proofs and algebraic proofs, with some dating back thousands of years. The Pythagorean theorem has attracted interest outside mathematics as a symbol of mathematical abstruseness, mystique, or intellectual power; popular references in literature, plays, musicals, songs, stamps and cartoons abound.

See all questions in The Pythagorean Theorem

2824 views around the world