How do scientists estimate the number of stars in the universe?

There is a lot of estimating that goes in this process. First, an estimate of the number of stars in our part of the galaxy is made.

Then extrapolate this to the rest of the galaxy - current estimate around 100 billion for the Milky way galaxy, but this changes when new information becomes available. Then, estimate the number of galaxies in the known universe and multiple by the average estimated stars in a single galaxy.

But the estimate of the number of galaxies in the universe has changed dramatically with the Hubble space telescope that discovered thousands of galaxies in a region of space that looked fairly dark (see pic). This would cause the star estimate to jump quite a bit. Most of the images in the pic are actual galaxies, with up to a 100 billion stars each, and not just single stars! 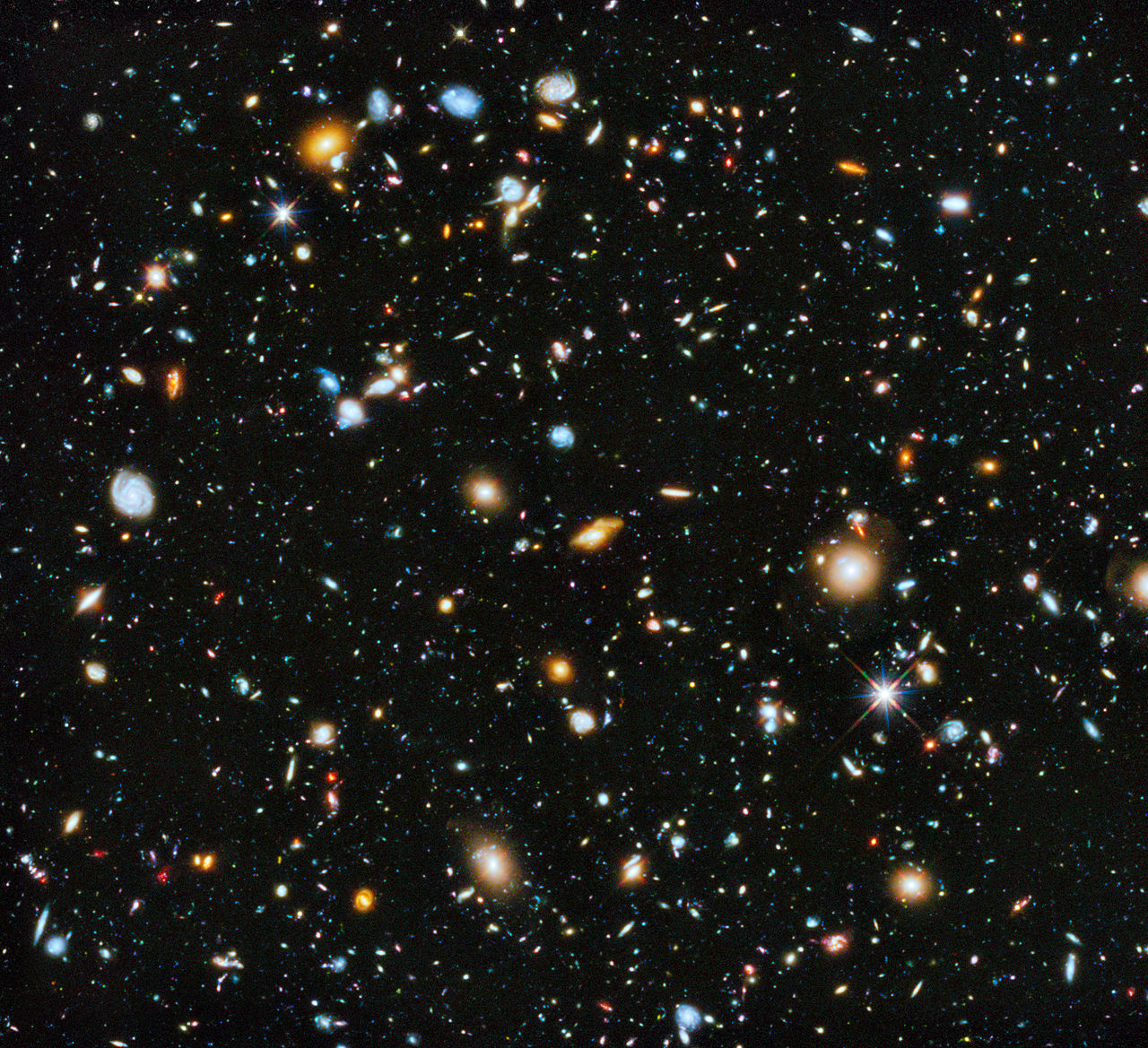 2343 views around the world