How does does global warming affect animals and their habitats?

Increasing temperatures affect animals and their habitats in multiple ways.

Increasing temperatures affect animals and their habitats in multiple ways, depending on the habitat and animal in question.

For example, increasing temperatures in Greenland have caused a species of butterfly there to adapt by decreasing its overall size. Their metabolism increases as temperatures increase, causing them to burn and use more energy. This energy is then unavailable for growth. See article here.

Increasing water temperatures have a great effect on coral reefs, which are very sensitive to temperature. Coral bleaching results when corals become warm enough that they expel zooxanthellae, a photosynthetic algae. Coral bleaching affects their growth and impacts the other aquatic species that rely on the corals.

Rising temperatures have caused a number of droughts that have killed many plants and stressed others for water. The loss of these plants has been significant enough that the amount of carbon dioxide absorbed by the planet's plants has been altered (see here). 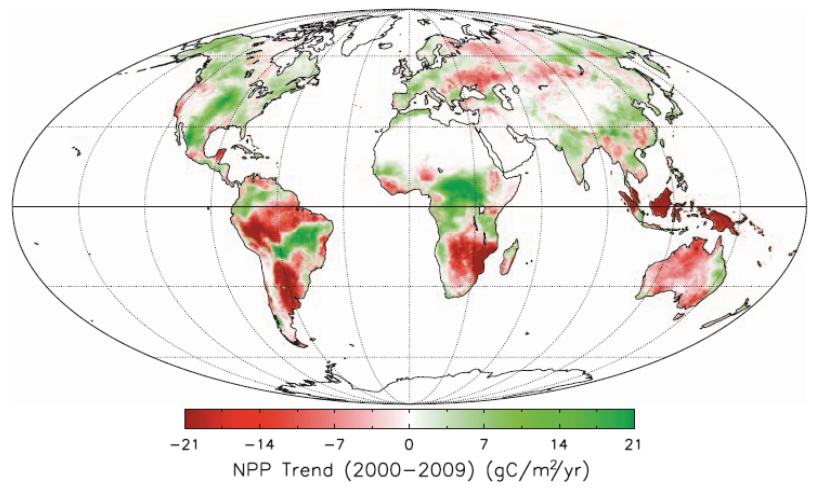 In many areas, warmer temperatures mean that some flowers are flowering at different times than they typically would and some pollinators are flying at an earlier or later time. The pollinator-plant relationship relies on a timeline where pollination is possible, and bees may start flying before flowers have bloomed.

If a plant species relies primarily on pollination to reproduce and those pollinators are no longer in sync, the species may go extinct. This is going to have effects up the energy pyramid.

Thus, increasing temperatures have a variety of effects depending on the animal and habitat in question.

4811 views around the world