How many bonding orbitals are there in #"AsH"_3#?

There are three bonding orbitals in AsH₃.

If you draw the Lewis structure and the VSEPR shape, you find that AsH₃ has a trigonal pyramidal shape. 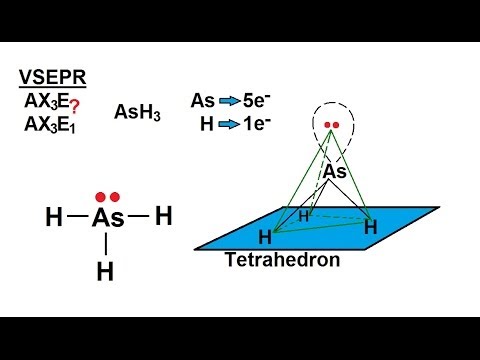 The molecule is sp³ hybridized.

There is a lone pair of electrons in one of the sp³ orbitals.

The three As-H σ bonds form by overlapping of the sp³ orbitals with the 1s orbitals of the H atoms.

According to molecular orbital theory, each time you form a bonding σ orbital you also form an antibonding σ* orbital.

So AsH₃ has seven molecular orbitals:

3645 views around the world