How many electrons are lost or gained in forming each #Ba^(2+)#?

The net charge of an atom is always determined by the ratio of protons to electrons.

As you know, the nucleus of an atom contains

Notice that the overall charge of a nucleus will always be positive, since you don't have any negative charges to balance the positively charged protons.

Here is where the electrons come into play. As you know, electrons are negatively charged particles that surround the nucleus. 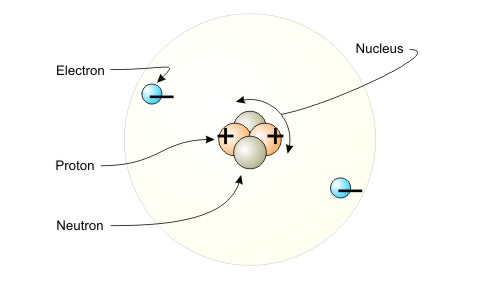 Now, an atom that does not have equal numbers of electrons and protons is called an ion. More specifically, it will be called

In your case, the fact that the atom carries a charge tells you that you're dealing with a positively charged ion, or cation.

More specifically, you're dealing with the cation.

Now, what must happen in order for a neutral barium atom, , to become a cation?

Well, the positive charge that it carries tells you that it must have more protons than electrons.

Since you can't add protons and still keep the identity of an element, you can safely state that the atom must have lost electrons.

Since it carries a charge, you know for a fact that it must have two electrons more than whatever number of protons it has.

Therefore, you can conclude that a neutral barium atom must lose two electrons in order to gain a charge.

8728 views around the world