How would you explain universe expansion and its relation to red shift?

Principle of Doppler shift is based on sound..It can also applied to Light as both are waves. 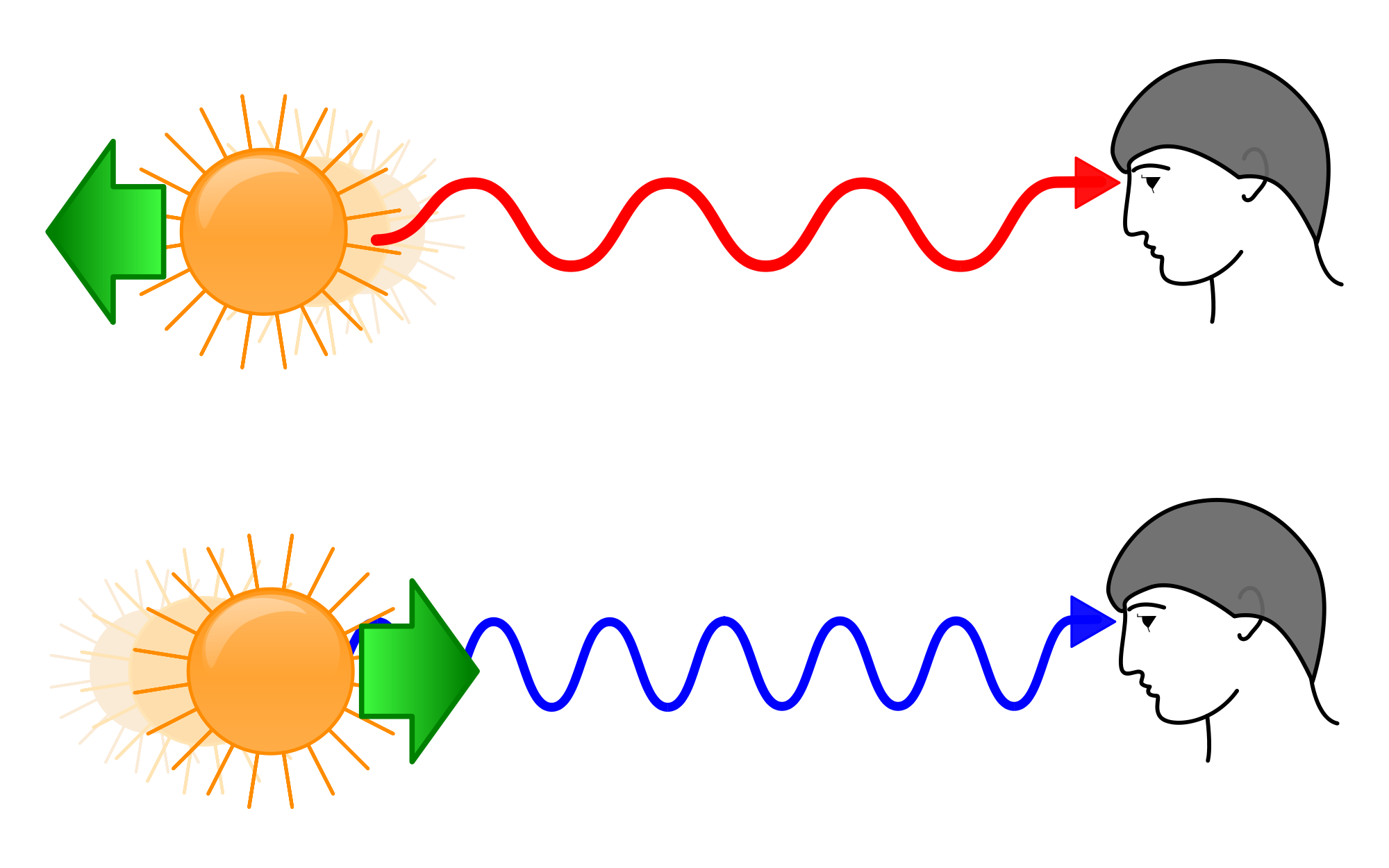 The red shift is evidence that the universe is expanding.

Hubble discovered that the vast majority of objects in the universe exhibit a red shift in the frequency of light waves. This is because of the doppler effect.

Objects that are moving toward an observer exhibit a blue shift as the the light waves are compressed and moved closer together.

3002 views around the world