Roughly metres, or about car lengths

We can start with taking the size of the Milky Way Galaxy and relating that size to the size of a marble and then from that calculate the distance between our marble and those of the most distant galaxies in the Universe.

The first thing to know is that, if we were being accurate about it, our marble wouldn't be round at all but much more like an air hockey puck. The Milky Way Galaxy is roughly LY (Light Years) across (and could conceivably be as much as twice that) and only about LY thick.

But let's run with the conversion of:

The next question is to ask is Where are we measuring to? There are two references to distances in the question - the Local Group of Galaxies and the furthest galaxies in the observable Universe. So let's look at both and see what we get.

The Local Group is a group of galaxies in close proximity to our own and has as it's notable members the Andromeda and Triangulum galaxies. https://en.wikipedia.org/wiki/Local_Group 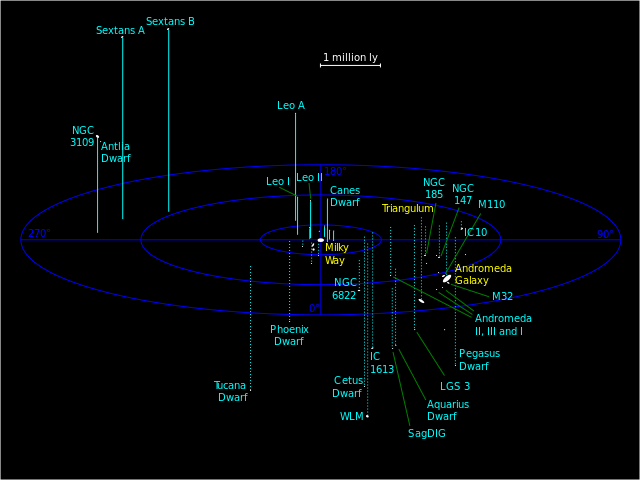 cm - so we can place a marble roughly twice as big as our Milky Way Galaxy marble, representing the Andromeda Galaxy.

Ok - so that's a look at the Local Group. Now let's go to the edges of the observable universe .

As our observational tools improve, the distance we can see increases. The latest news from Hubble on how far it can see is from this article in March 2016 is a galaxy 13.3 BLY away. http://www.space.com/32150-farthest-galaxy-smashes-cosmic-distance-record.html

So let's see where we'd put that marble:

To put this into perspective, the distance between the two marbles would be about car lengths apart.

5440 views around the world