What are the 7 ketones with formula C6H12O? 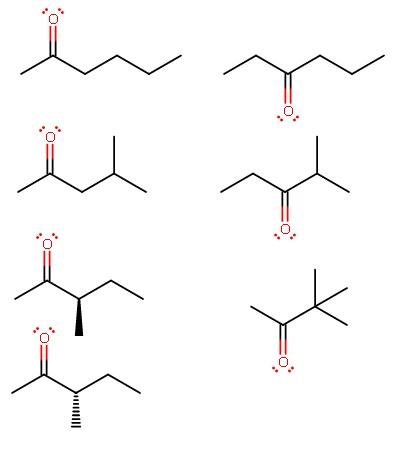 Making use of symmetry, and the fact that it must be a ketone, the carbonyl group can only move between carbons 2 and 3. That makes for the first two isomers.

Two more isomers involve shifting the terminal methyl group up one to carbon 4.

The fifth and sixth isomers are enantiomers, the top of which is R and the bottom of which is S. The idea was to move the methyl group up one more to carbon 3, making a sec-butyl group off of acetone.

The seventh isomer was simply to make a tert-butyl group hanging off of acetone.