What does the large scale structure of the universe look like? Explain why we think this structure reflects the density patterns of the early universe.

This is a brilliant question, but the answer isn't simple (I understand some of it!)

Essentially astronomers think that on the largest scale the structure of the universe resembles a foam (weird, eh?) It seems there are filaments and sheets of galaxies in 3D that surround huge voids.

The evidence for this comes from experiments and theoretical computations that seem to match exceptionally well. Have a look at these two, the first is a simulation, the second is a map: 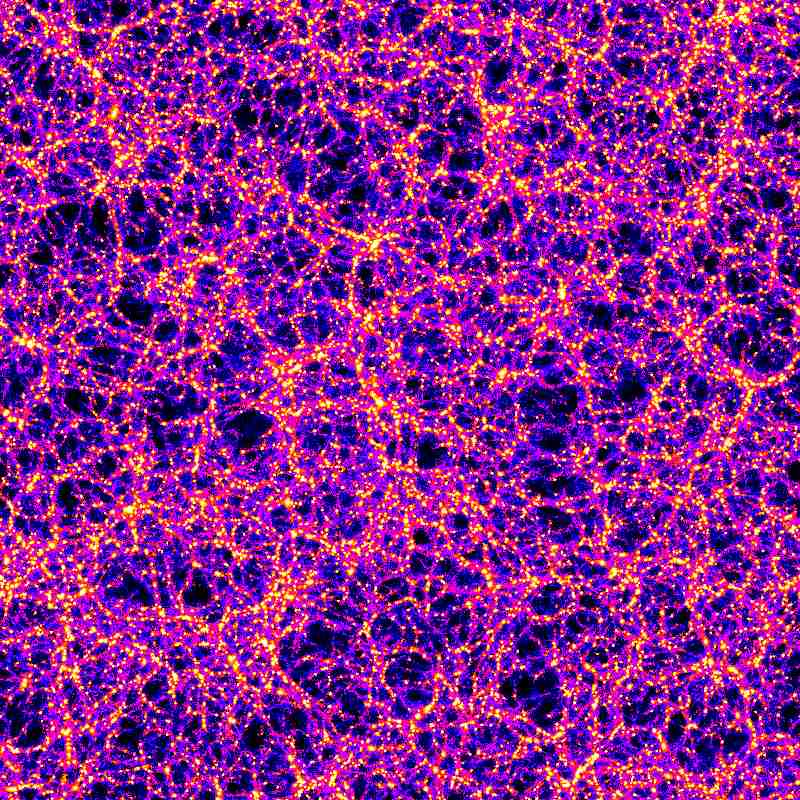 Taken from : http://www.astronomynotes.com/galaxy/s9.htm [the chap states his material is copyrighted.... hope this does not constitute any infringement] 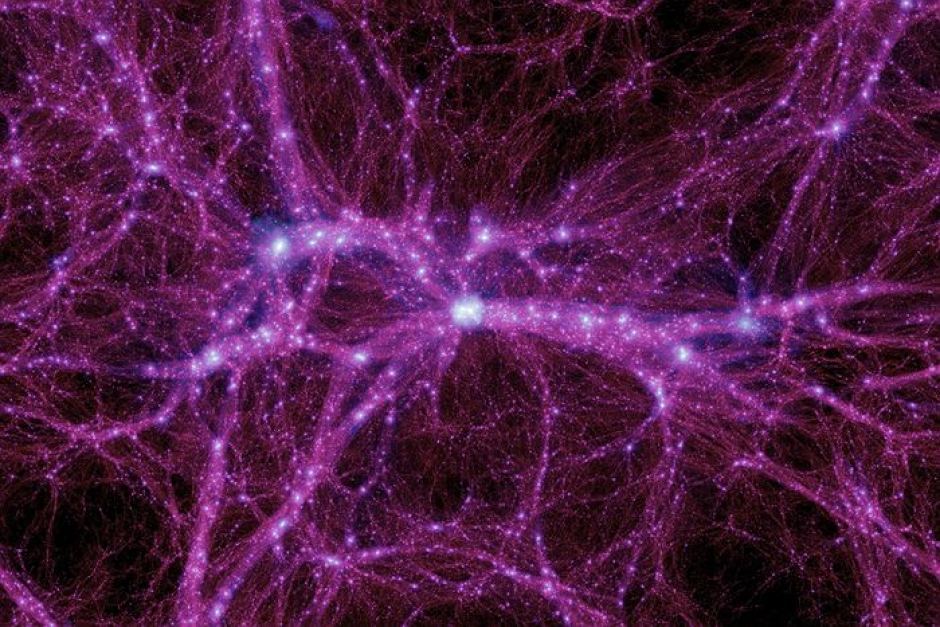 There is much debate about why this is so, but the leading proponents seem to be persuaded that a model of the Universe termed LCDM (for 'lambda cold dark matter' I think) is essentially correct.

This states that the current structures we observe are due to the quantum fluctuations present in the first shavings of a nanosecond after the Big Bang and were "inflated" to relatively huge sizes in the very brief period that followed. This implies that that the same sort of density fluctuations (or imprints of those fluctuations) are or should be visible in the cosmic microwave background radiation (CMBR). The latest data from the Planck satellite launched in 2013 seems to bear this out (very tempted to include a comparison of COBE, WMAP and Planck data here, but shall restrain self.)

So you've seen it, here's an image of the data taken from the University of Cambridge Centre for Theoretical Cosmology (http://www.ctc.cam.ac.uk/news/130322_newsitem.php) 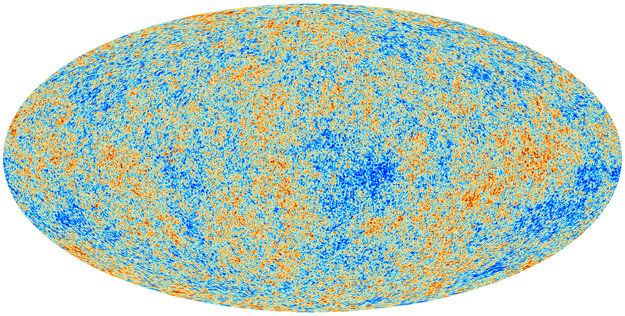 The idea is that slightly cooler parts of the CMBR (we're talking one part in 10,000 I believe) contained particles that were moving slightly slower, so gravity had more chance of binding them into structures that would later become stars, and galaxies.

Slightly warmer parts, coloured orange & red in the image above, became the voids we now see because the thermal wriggling of particles meant they were less likely to be bound by gravitational attraction.

Sorry if the answer is very long, someone somewhere will get to this point and hopefully have another 28 questions fizzing through their head as a result. Like I said, simple it isn't, but it is amazing.

5743 views around the world