What functional groups are present in carbohydrates?

Carbohydrates are chains (or polymers) of basic sugar molecules such as glucose, fructose and galactose. In order to see which functional groups are present in carbohydrates, we must look at the functional groups present in the more basic building blocks. Saccharides - and by extension carbohydrates - are composed of only three atoms: carbon, hydrogen and oxygen. The structure for one of the most common saccharides, glucose, is shown here.

Here, because the bond is bridged by two carbons instead of one carbon and one hydrogen, it is a ketone functional group. 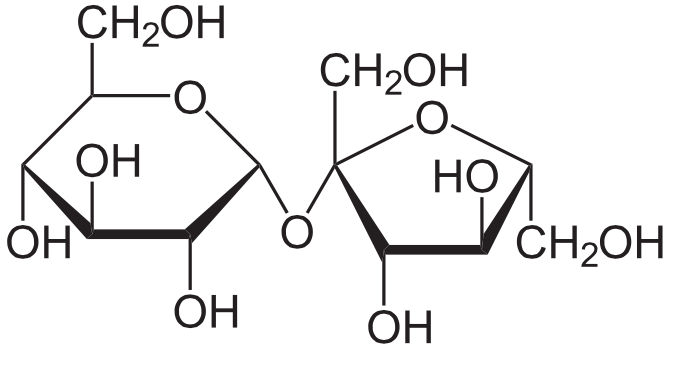 The two saccharides are linked through an oxygen atom. This link is called a glycosidic bond. Since the glycosidic bond has the form, , it is an ether.