What is oxidative cleavage?

Oxidative cleavage is the cleavage of carbon-carbon bonds to generate carbon-oxygen bonds. Sometimes bonds are oxidized, and sometimes and are oxidized.

In general, an oxidative cleavage of a vicinal diol (commonly with periodic acid---pronounced "per-iodic") looks like this:

The mechanism goes as follows (ignore the red iodine; the valency ought to be fine): 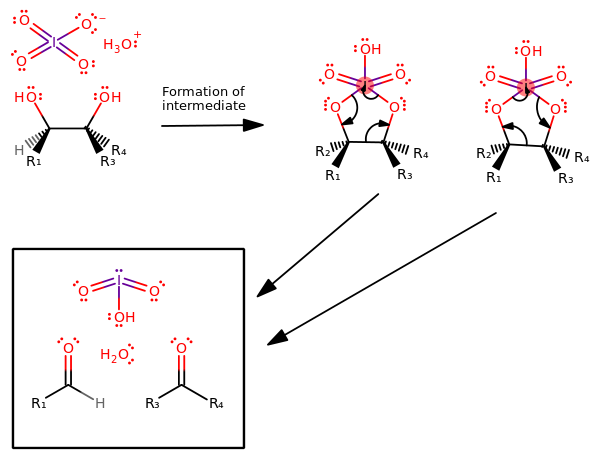 You don't have to know the mechanism, but I think it helps to have some idea on what happens "behind the scenes".

On the other hand, an oxidative cleavage of an alkene using ozone looks like this:

For the first step, notice how in essence, the bond was "transformed" into a bond, and split into two carbonyl compounds. What follows depends on the type of workup reaction you perform on step 2.

For the second step, adding , or adding , performs a "reductive workup", which ultimately gives you a "transformed" bond and stops at the aldehyde or ketone.

For the second step, adding , a strong oxidizing agent for an "oxidative workup", ultimately gives you a "transformed" bond as well as an oxidized bond.

Instead of stopping at the aldehyde or ketone, you go all the way to a carboxylic acid or ketone.

The general mechanism for oxidative cleavage of an alkene using ozone is: 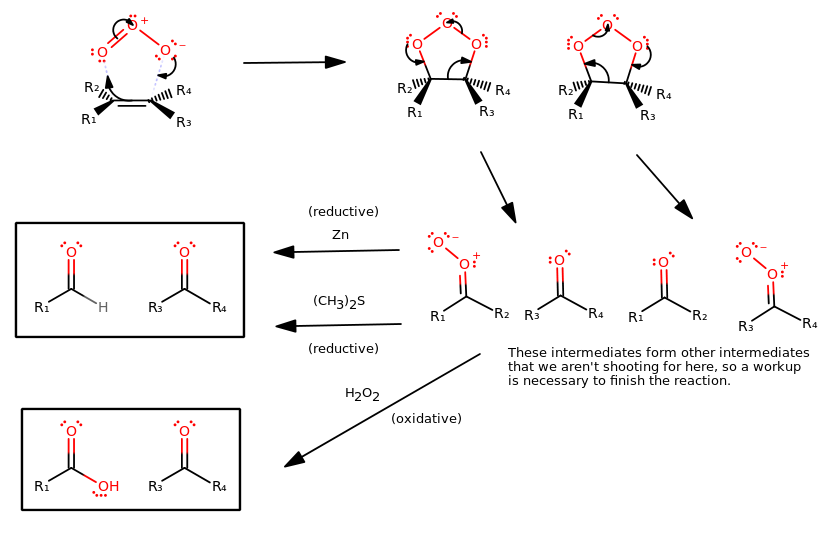 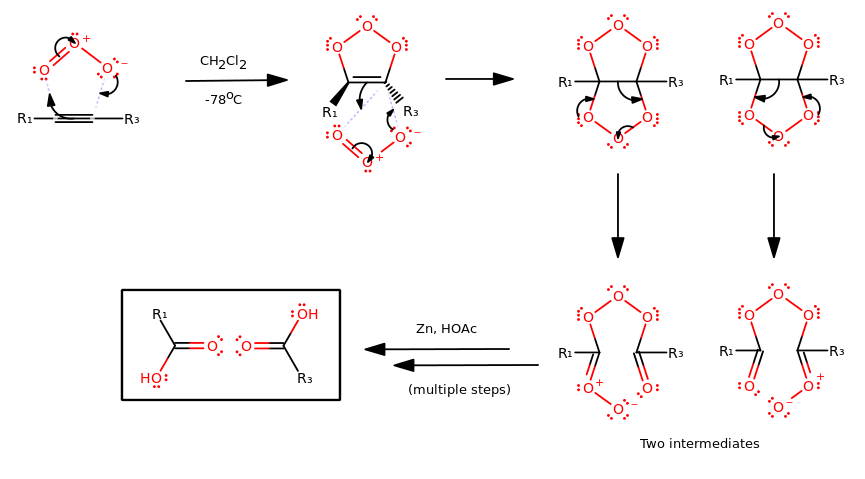 You don't have to know either mechanism, but I think it helps to have some idea on what happens "behind the scenes".

See all questions in Ozonolysis